Albanian minority's demands are threat to our sovereignty: Macedonian president 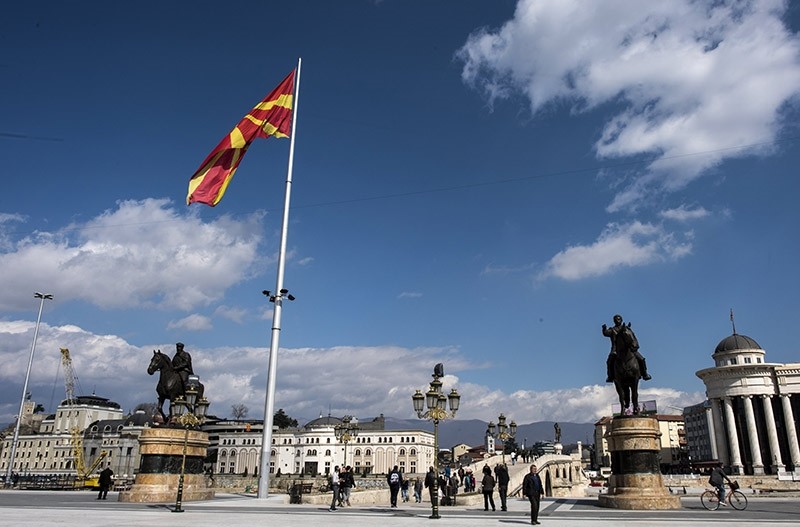 President Gjorge Ivanov argued that a common platform signed in Albania in January by three of his country's ethnic Albanian parties endangers Macedonia's sovereignty and independence.

The platform "implies changes to the constitution of the Republic of Macedonia that would jeopardize the unitary character of the state," he said in a letter to the European Council, NATO and the U.S. and Turkish presidents.

Macedonia is in a deepening political crisis, sparked by a massive wiretap scandal two years ago that put the two main political parties at each other's throats.

An internationally brokered attempt to ease tensions through an early election in December left neither former prime minister Nikola Gruevski's VMRO-DPMNE conservatives of the main opposition Social Democrats with the support to govern alone.

The three ethnic Albanian parties want Albanian designated as Macedonia's second official language as a condition for joining any coalition government. It is already recognized as an official language in northwestern minority-dominated areas.

Gruevski's party rejected the demands, while the Social Democrats tried to form a coalition with the Albanians but were refused a mandate to govern by Ivanov, the president, who accused them of trying to destroy Macedonian independence.

VMRO-DPMNE on Tuesday advocated fresh elections as a way out of the impasse.

Albanians are about one-fourth of Macedonia's population, and have had a rocky relationship with the majority Macedonians since the country gained independence from the former Yugoslavia in 1999. In 2001, the country narrowly avoided civil war after an uprising by armed ethnic Albanian groups seeking greater rights.

The language demand has triggered daily protests in Macedonia's main cities for more than a week.

Also Tuesday, vandals damaged a museum dedicated to the Albanian alphabet in the southwestern city of Bitola. Police said the front door and windows were broken, while petrol bombs were thrown inside, causing little damage. No arrests have been made.

"We believe such attacks are actions from a small group of people motivated by extreme nationalist feelings, fear, lack of information and the recent damaging rhetoric," it said.

"We call on all the sides to preserve calm and stop rhetoric against Albanians which only distracts attention from the country's real problems, (and) damages inter-ethnic relations in the country."