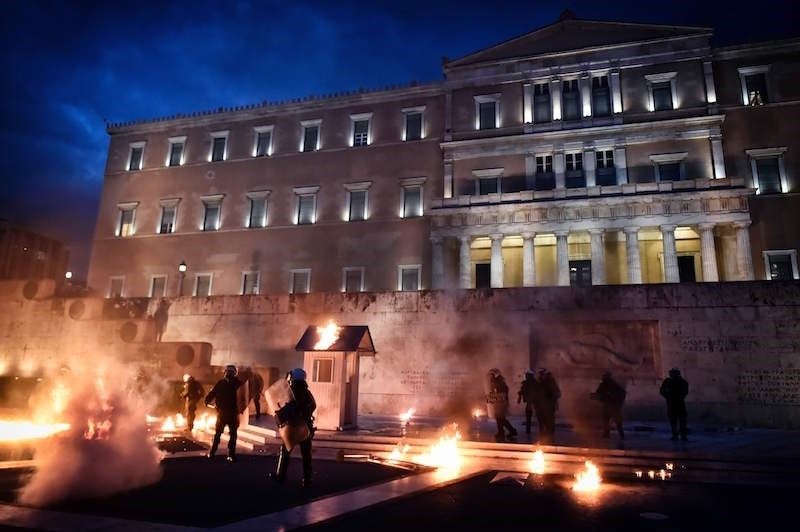 Protesters threw Molotov cocktails and rocks at the Greek parliament Thursday while the lawmakers were inside debating new austerity measures.

Hours ahead of a vote on a new memorandum that is expected to bring more austerity to crisis-stricken Greece, demonstrators clashed with police at the doorsteps of the parliament.

A group attempted to provoke the officers before the building, with the latter responding with tear gas and stun grenades. The clashes lasted on and off for more than an hour.

Thousands of people hit the streets on Thursday afternoon and gathered outside parliament, calling on the government to quit and to stop implementing policies demanded by the country's creditors.

"The new measures are like a guillotine for the Greeks," said Dimitris Kypriotis, one of the protesters. "It was time we got off our sofas and hit the streets, and we will continue protesting."