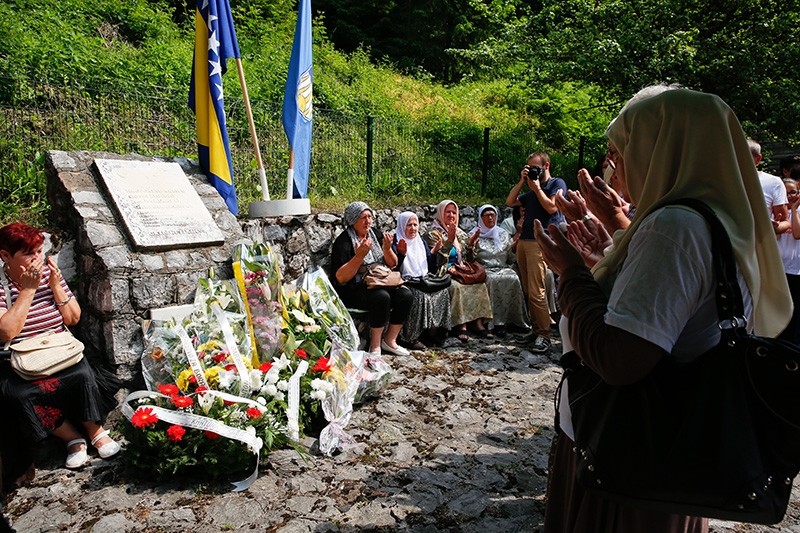 The massacre marked one of the many violent mass killings of the Bosnian war, which took place between 1992 and 1995 in former Yugoslavia.

Several of the eight survivors of the massacre were present at the ceremony, in addition to local officials and residents. The ceremony also commemorated 18 Bosnian soldiers who lost their lives while fighting in the area.

The tragic event, also known as the Ahatovići Massacre, occurred on June 14 1992 when Serbian forces were transporting over 50 Bosnian soldiers from a prison camp in Sarajevo's Rajlovac district. The soldiers were meant to be exchanged for Serbian prisoners.

Instead, Serbian forces stopped the bus in the village of Sokolina under the pretense that the engine had overheated. The Serbian soldiers then opened fire on the bus with a bazooka and automatic weapons before throwing hand grenades onto the dead and wounded. In total, 48 Bosnian prisoners of war were murdered on the bus.

Survivor Elvir Jahic said that before the massacre, he had been tortured in the prison camp and had also been denied food and water, while others had been killed there.

Explaining his escape, Jahic said, "I got away heavily wounded with the help of local villagers. I'm grateful to them. After the massacre the Chetniks came back to burn the bus, but the villagers had acted first. Thanks to them, the victims were buried in the way they deserved."

The bus that carried the Bosnians has remains in Sokolina as a memorial to the victims.