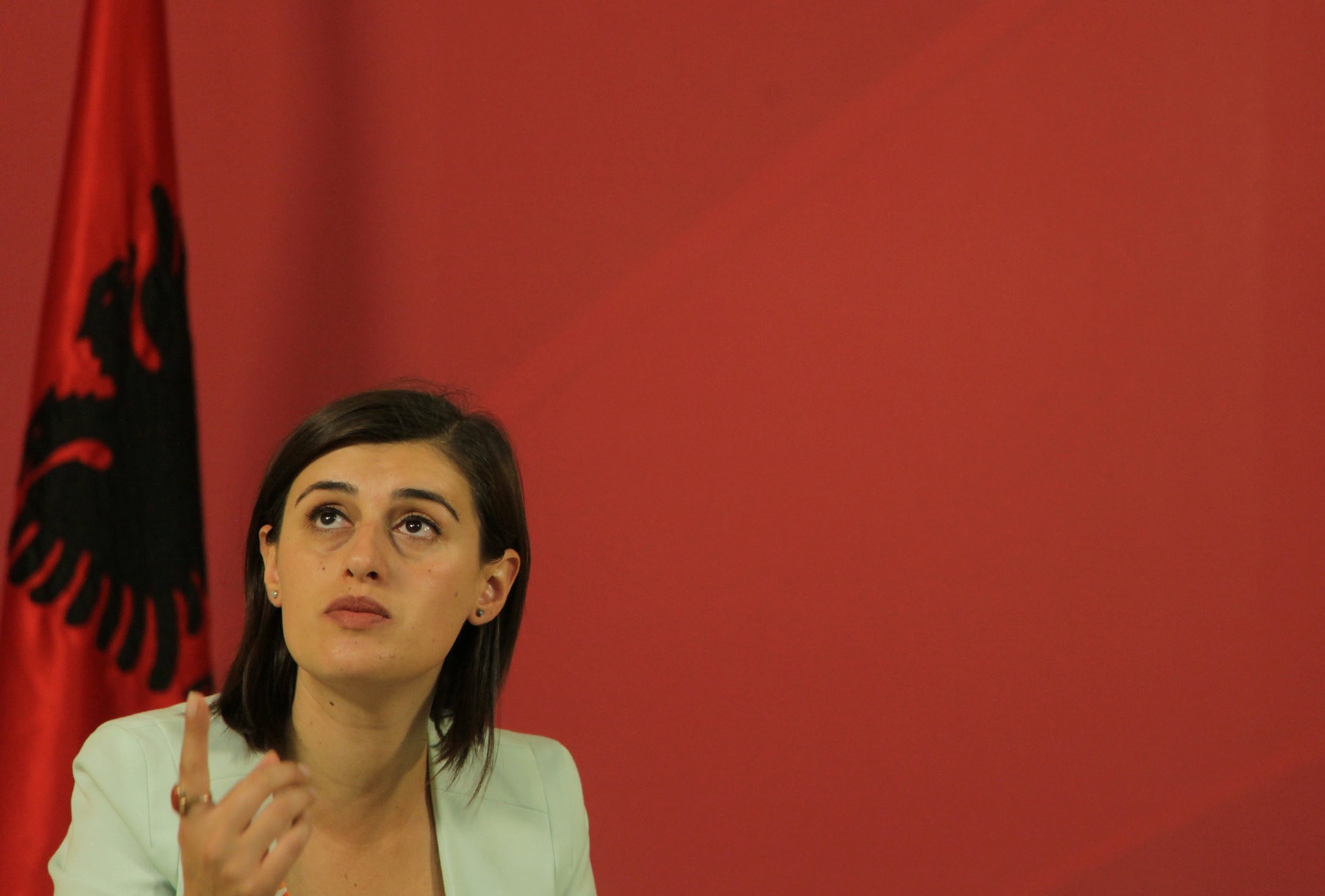 MP and Kosovo 1999 war massacre survivor Saranda Bogujevci, 32, speaks at her party Vetevendosje (Self-Determination) headquarters about what pushed her to get into politics in Pristina, July 28, 2017. (REUTERS Photo)
by Daily Sabah with Reuters Aug 02, 2017 12:00 am

Kosovo's new parliament convenes on Thursday but what has become a matter of routine in the 18 years since the young country broke away from Serbia marks another milestone in a remarkable journey for one new member of the assembly.

Saranda Bogujevci survived 16 bullets and lost 14 members of her family, including her mother and two brothers, during Serbia's brutal military crackdown on ethnic Albanians in its then southern province in 1998-99.

Four years later, Bogujevci, then 18, and three cousins became the first ethnic Albanian victims to testify before a Serbian court about the atrocities perpetrated by forces under late strongman Slobodan Milosevic.

On Thursday she will be sworn in as a member of parliament of the opposition Vetevendosje (Self-Determination) party, which doubled its share of the vote in a June election on a promise to fight endemic corruption and nepotism in the tiny Balkan state.

"It is difficult to go through those experiences and see (Kosovo) governments that are not working and doing right for the people and that is what pushed me to get into politics," Bogujevci told Reuters, in English, during a visit to the graves of her family in Podujeva, north of the capital Pristina.

"I always imagined what Kosovo would be like after 20 years," she said. "I never thought it will be like this."

Bogujevci's family was slaughtered in a back garden in Podujeva on March 28, 1999 by members of a Serbian paramilitary unit known as the Scorpions. The youngest victim was two years old. Five men were eventually jailed for the murders and in 2013 Bogujevci returned to Belgrade, where she had testified against them, to stage an exhibition about the killings.

The massacre occurred four days after the start of NATO air strikes that would last 11 weeks as the West tried to halt the killing and expulsion of ethnic Albanian civilians by Serbian forces waging a counter-insurgency war.

With the end of the conflict and the entry of NATO troops, Bogujevci and four surviving cousins were evacuated to the English city of Manchester where she was operated on and went on to get a university degree in interactive arts.

She returned to her homeland in 2014 to run the culture department of Pristina municipality.

Bogujevci, now 32, recalls her first sighting of a NATO tank through a Pristina hospital window on her 14th birthday, June 12, 1999. "For us that meant freedom. I will never forget that moment."

Her left arm disfigured by bullets, Bogujevci now faces a new fight, in a country recognized as independent by more than half the world but denied a place in the United Nations by the opposition of Serbia and its veto-wielding ally, Russia.

Progress has been slow since Kosovo declared independence in 2008, with crime and corruption still rife and poverty and unemployment widespread.

"Facing the war was much easier because we knew things would turn out the way they did; today, it's very difficult to accept and find a reason for what is happening," Bogujevci said.

"I do love life but at the same time I feel that I have a moral obligation towards Kosovo, England and towards humanity to do something based on what I experienced."

It declared independence on February 17, 2008, and is recognized by over 100 countries, including the U.S., the U.K., France, Germany and Turkey. Serbia, Russia and China are among countries that have not yet recognized Kosovo's independence.