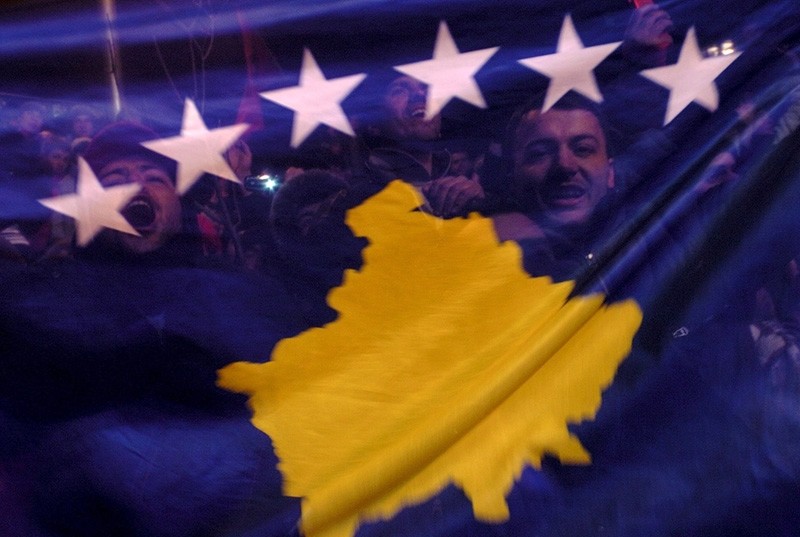 The veterans association handed in a petition with 15,000 signatures urging lawmakers to abolish the law on the Hague-based tribunal, which is due to issue its first indictments in the coming weeks.

The former head of political wing of the Kosovo Liberation Army (KLA) President Hashim Thaci is rumoured to be among those prosecuted for the alleged kidnapping and disappearance of around 500 civilians, mostly ethnic Serbs.

"We are against a biased court," said the head of the association Hysni Gucati, adding that the tribunal was set up to try only former independence-seeking KLA members "but not Serbs who committed crimes" during the 1998-1999 war.

The tribunal will hear cases arising from a 2011 Council of Europe report which said that the alleged crimes had represented "a campaign of persecution" against Serbs, Roma and Kosovo Albanians believed to be collaborating with the Serbian regime.

Despite being a Kosovo court and operating under its law, the tribunal is composed of international judges and prosecutors and will be seated in The Netherlands.

The conflict between KLA and Belgrade forces controlled by late strongman Slobodan Milosevic ended after a three-month NATO air campaign that forced Serbs out of Kosovo and put it under UN protection. It claimed around 13,000 lives, mostly ethnic Albanians.

Kosovo unilaterally declared independence from Serbia in 2008, but Belgrade has rejected the move and still considers the breakaway territory as its southern province.

The parliament is obliged by Kosovo's constitution to debate petitions that are supported by 10,000 or more signatures.