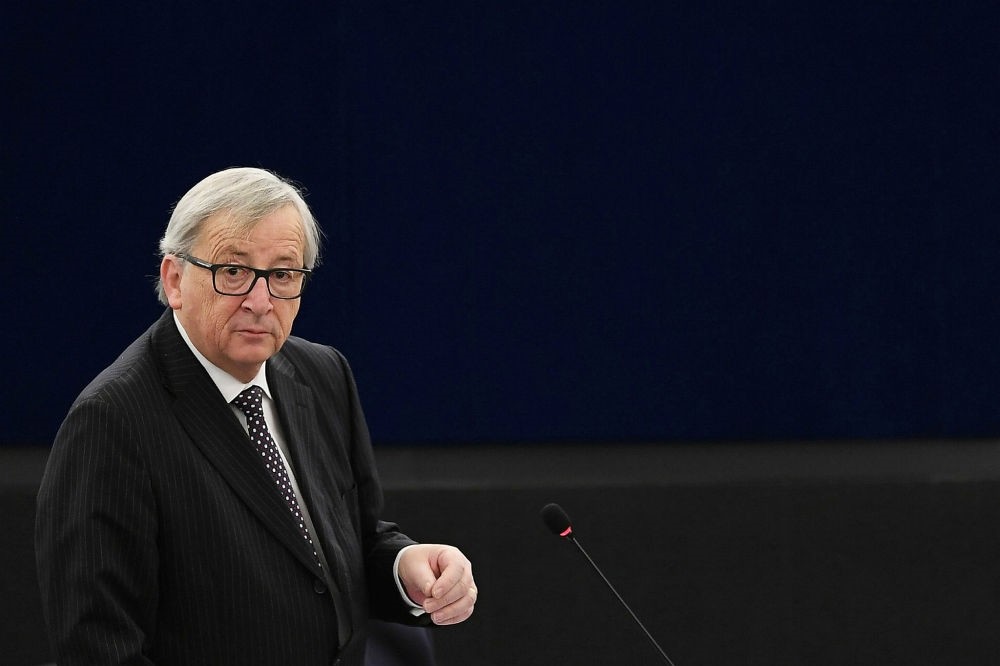 With the EU set to lose Britain as a member next year, the bloc's chief has opened the door to six Balkan states, setting 2025 as a goal for Serbia and Montenegro to join

"There will be no further accession of the countries of the Western Balkans without resolving the main conflicts beforehand," Juncker told the European Parliament in Strasbourg, as reported by AFP. "This gamble of saying that we will solve the problem sometime after accession will not take place a second time, not with me."

Juncker ruled out any enlargement during his five-year tenure when he took the helm of the EU's executive arm in 2014, and the bloc is actually set to lose a member, Britain, next year.

Juncker said last year that he wanted Serbia and Montenegro to join by 2025 but warned on Tuesday against too much "excitement" over the prospect.

"It is wrong if it is claimed that I or the Commission have said that Serbia's and Montenegro's accession must be in place by 2025," Juncker told members of the European Parliament. "No, this is an indicative date, an encouragement date, so that the people concerned can consistently set out on their way."

EU leaders will hold a summit in Bulgaria in May with the leaders of the six Balkan nations involved in the report. The prospect of European Union membership has been a powerful incentive for reform in the Western Balkans region, which was torn apart by war in the 1990s, but tensions still linger.

Serbia and Montenegro, the latter a member of NATO, are well-placed to join should the 28-nation bloc open its doors again to new members. Croatia was the last country to join, almost five years ago.

Croatia and Slovenia – both EU members – are locked in a border dispute stemming from the breakup of former Yugoslavia in the 1990s. Among their points of dispute, they disagree over an international ruling granting Slovenia unhindered access to the Adriatic Sea.

Macedonia has met many conditions for membership, but its candidacy has been held up by a dispute with Greece over the tiny Balkans republic's name. Albania also hopes to become a member of Europe's rich club. The chances of Kosovo or Bosnia joining anytime soon seem distant.

Further east, Turkey is also a candidate for EU membership but its accession talks are at a standstill.

Austria, France and Germany are notably cool on Turkey joining, while Manfred Weber, the head of the European People's Party – the biggest bloc in the European Parliament – insisted that the EU should remain a Christian club.

"Our democracies, welfare states and social market economies could only arise because of our Christian values of responsibility, solidarity and freedom," he said, according to AP. "There will only be a Europe that sticks to its Christian heritage or no Europe at all."