Serbia lashes out at EU over close ties with Russia 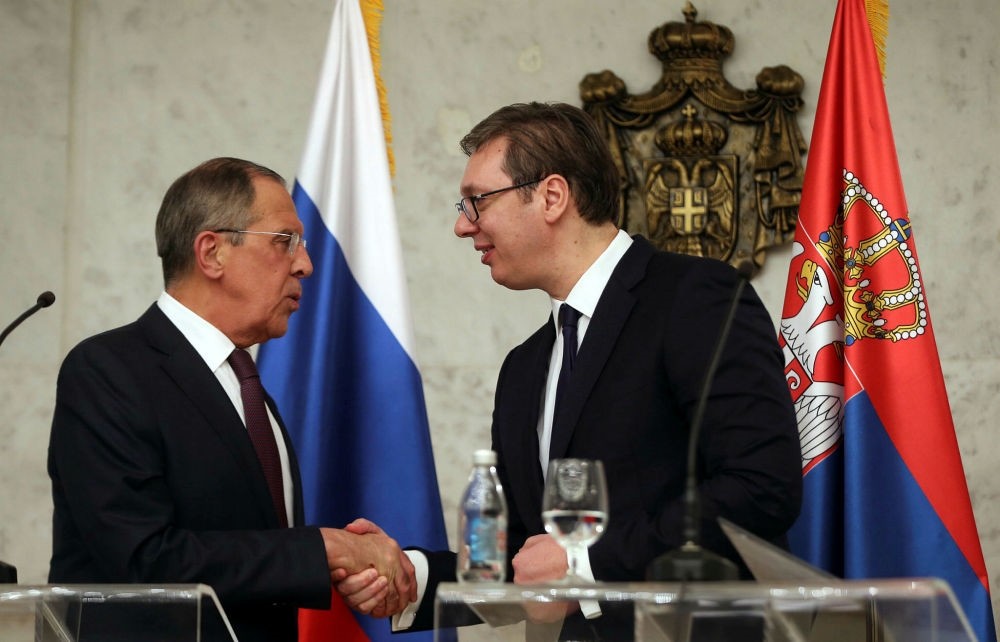 Serbian President has called on the European Union to understand its country's relations with Russia, in order to become a member of the bloc in a joint news conference with Russian Foreign Minister Sergei Lavrov.

"Serbia is on the European path, but will continue to build best relations with Russia," Vucic said, according to DPA. "I presume there will be different wishes and pressure for those relations to go in the opposite direction, but Serbia will stay on the same line."

"In the [recently adopted] strategy for the Western Balkans for the first time it is said that we should achieve full harmonization of our foreign policy with the EU, before becoming a full member of the EU ... We have a major obstacle that we have to overcome, and not only Serbian or Russian good will is required in order for it to be solved, but also the good will of Kosovo Albanians, European Council and the European Union," he said, referring to Serbia's southern province that unilaterally seceded in 2008.

Lavrov was due in Belgrade Wednesday for a two-day visit aimed at reinforcing traditionally close ties with the Balkan country.

In an interview published Monday, Lavrov accused NATO of provoking a power struggle with Russia in the Balkans and voiced expectations that Serbia will not, regardless of its EU bid, abandon the relationship with Moscow. "NATO enlargement is a mistake," Lavrov said, as reported by AFP.

Serbia is seeking European Union membership. Moscow supports Belgrade in not recognizing the independence of the former Serbian province of Kosovo, proclaimed a decade ago. "It is senseless to talk now about Kosovo's place in the United Nations," he said.

He said that Resolution 1244, adopted in 1999 by the U.N. Security Council to end the conflict between Serbian forces and Kosovo Albanian pro-independence guerillas, "remains in place and recognizes the autonomous province Kosovo as a part of Serbia."

The normalization of ties with Kosovo and harmonization of its diplomacy with that of the EU are among key criteria Serbia has to meet to join the bloc.

"Throughout the history of the Balkans, Russia has always tried to avoid confrontation and helped the people of this region to defend their interests... and their spiritual, religious and cultural roots."

He also said that he would raise the issue of the status for a joint Russian-Serbian humanitarian and disaster response center in Nis, widely regarded as a masked military presence.