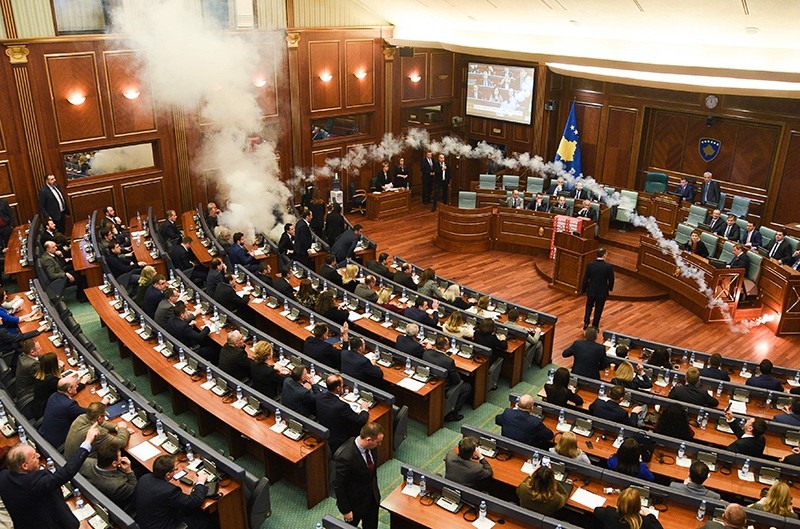 Opposition lawmakers threw tear gas canisters in the parliament chamber on Wednesday in a bid to prevent other deputies ratifying a border agreement with Montenegro, a key condition for Kosovo to gain visa-free travel to the European Union.

The opposition party Vetevendosje is adamantly against the agreement with Montenegro, signed in 2015, claiming it will wrongly surrender some 8,000 hectares (30 square miles) of Kosovo's territory to its neighbor.

Previous attempts to ratify the agreement have led to similar protests involving tear gas in the 120-seat parliament and street clashes with police.

The parliament speaker adjourned the session until the room had been ventilated.

Ratification of the border deal with Montenegro is one of the main conditions for Kosovo citizens to get visa free regime within the EU.