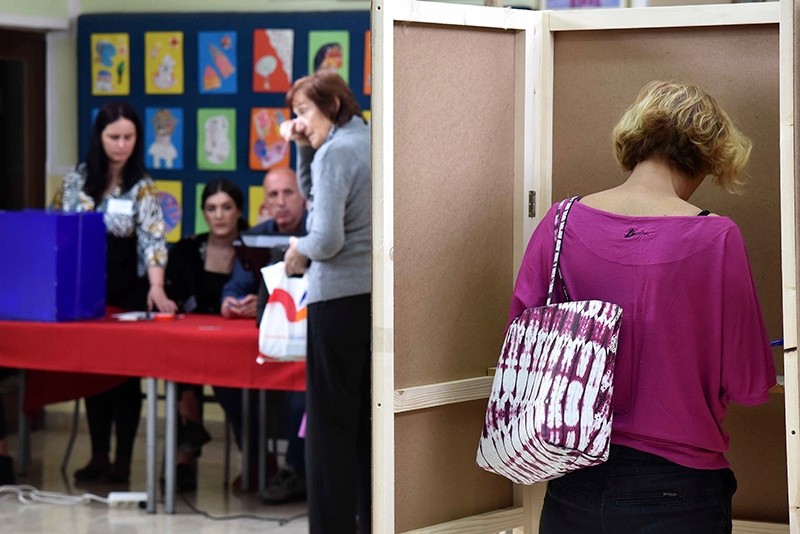 Voters in Montenegro were casting ballots Sunday in a presidential election, with former Prime Minister Milo Djukanovic expected to win after his party defied Russia and took the small Balkan nation into NATO last year.

The vote is the first since Montenegro joined the Western military alliance in December. It's seen as a test for Djukanovic, who favors European integration over closer ties to traditional ally Moscow.

Djukanovic, the country's dominant politician, and his Democratic Party of Socialists have ruled Montenegro for nearly 30 years. President Filip Vujanovic of that party is not running due to term limits.

About 530,000 voters can choose among several candidates in the Adriatic Sea nation that used to be part of Yugoslavia.

Polls suggest the 56-year-old Djukanovic could win more than half of the votes Sunday and avoid a runoff. Analysts say Djukanovic seeks a first-round triumph to cement his leadership.

Upon voting Sunday, Bojanic described Djukanovic as an "autocrat leading Montenegro into a dictatorship."

"The majority in Montenegro want a free and democratic Montenegro," Bojanic said.

Djukanovic was prime minister during a tense October 2016 parliamentary election when authorities said they thwarted pro-Russian coup attempt designed to prevent the country from joining NATO.

He led Montenegro to independence from much-larger Serbia in 2006 and was behind the NATO bid. He hopes next to steer the country into the European Union.

Bojanic, an economic expert and former lawmaker, has accused the ruling party of corruption and links to organized crime following a spike in crime-related violence.

The fractured opposition parties supporting Bojanic include the pro-Russian Democratic Front, whose two main leaders are on trial for taking part in the alleged 2016 coup attempt.

Two Russian citizens also are being tried in absentia for the plot, which prosecutors said included a plan to assassinate Djukanovic. The Kremlin has denied involvement.

Voter Zdravko Ivanovic, 84, praised Djukanovic's leadership upon leaving a polling station Sunday in Podgorica, the capital. He described Djukanovic as "the best statesman and prime minister, the best and finest Montenegrin giant."

But Radmila Cagorovic, a voter in her late 50s, disagreed.

"We have waited so long for a change. I hope it will happen today," she said.