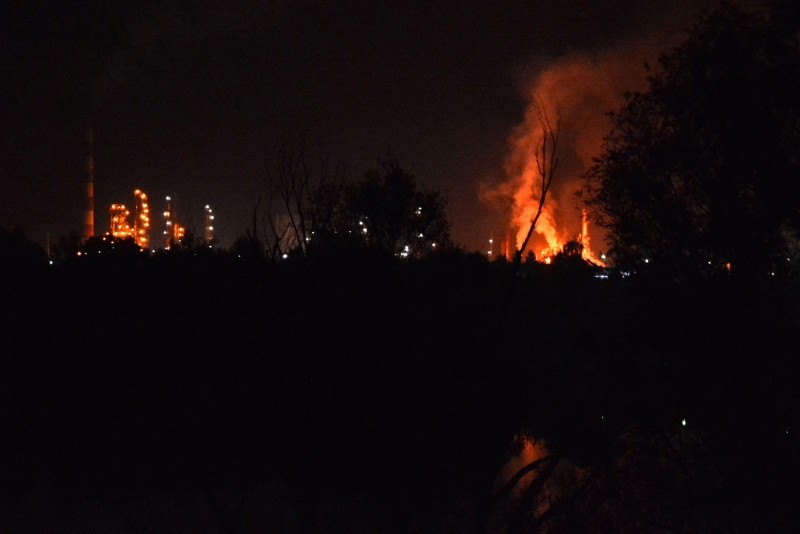 A picture taken on October 9, 2018 shows a fire at the Russian-owned oil refinery in Bosanski Brod, in Bosnia, following an explosion that injured several workers. (AFP Photo)
by reuters
Oct 10, 2018 12:00 am

A powerful explosion hit the Brod oil refinery in northern Bosnia near the Croatian border on Tuesday and several workers were injured, police said.

Police and firefighters are trying to extinguish the blaze after the explosion at around 9.30 p.m. local time (1930 GMT), said police spokeswoman Dragana Kerkez.

"This was a strong explosion and the detonation could be heard in Slavonski Brod," Kerkez told Reuters, referring to the town just across the Sava river in Croatia.

Photos taken on mobile phones and published on Bosnian web sites showed a fire at the plant.