Kosovo votes to set up national army despite Serb objections 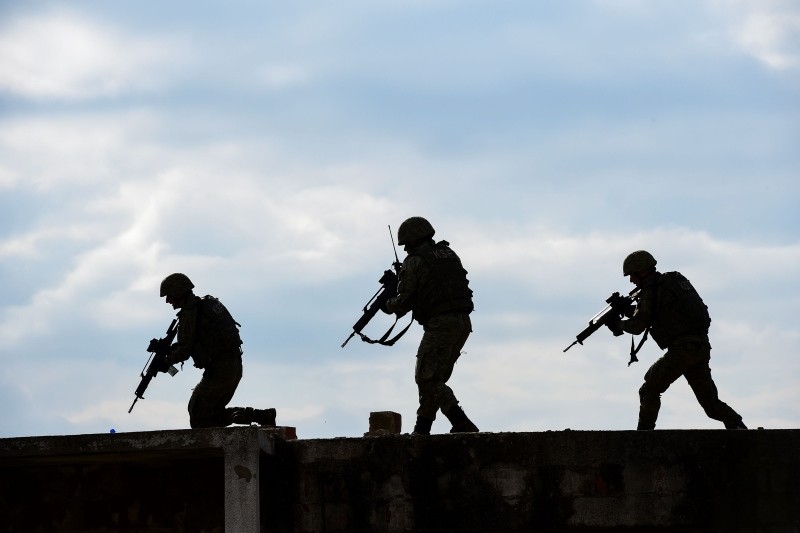 Parliament in Kosovo, Europe's newest independent state which relies on NATO troops for its protection, voted on Thursday to set up a 5,000-strong national army though its Serb minority said the move was illegal.

Serb deputies, backed by Belgrade which does not recognize Kosovo's independence, have blocked any such move in the past saying creation of a national army required a change to the constitution.

But three laws promoted by the Kosovo government and passed by a parliamentary vote on Thursday simply upgraded the mandate of the lightly-armed domestic Kosovo Security Force (KSF) to become a national army — something which the government said did not require any changes to the constitution.

The vote was passed with 98 in favor in the 120-seat parliament, though it was boycotted by the legislature's 11 Serb deputies. A second vote will be required in the next few days.

"The three laws have one task, to protect the territorial integrity of Kosovo, to protect the citizens of all communities in Kosovo," Prime Minister Ramush Haradinaj said before the vote.

The landlocked Balkan territory of 1.8 million, which declared independence in 2008, is still guarded by 4,000 stationed NATO troops nearly two decades after the end of the war.

NATO moved into the fledgling state in June 1999 following weeks of air strikes to halt the killing and expulsion of ethnic Albanian civilians by Serbian forces fighting a two-year counter-insurgency after the break-up of Yugoslavia.

The United States and most of the European Union member states recognize Kosovo. But objections by permanent Security Council members Russia and China which back Serbia in not accepting Kosovo's statehood prevent it from being a member of the United Nations.

The laws passed said the new army would have 5,000 active soldiers and 3,000 reservists. The present KSF security force is a lightly armed, 2,500-strong force trained by NATO and tasked with crisis response, civil protection and ordinance disposal.

NATO says it has no plans to leave the territory just now, but it suggested that any change to the status of the KSF might lead to a reduction in its forces there.

"Any change in the structure, mandate and mission of the Kosovo Security Forces is for the Kosovo authorities to decide," a NATO official told Reuters in an e-mailed answer.