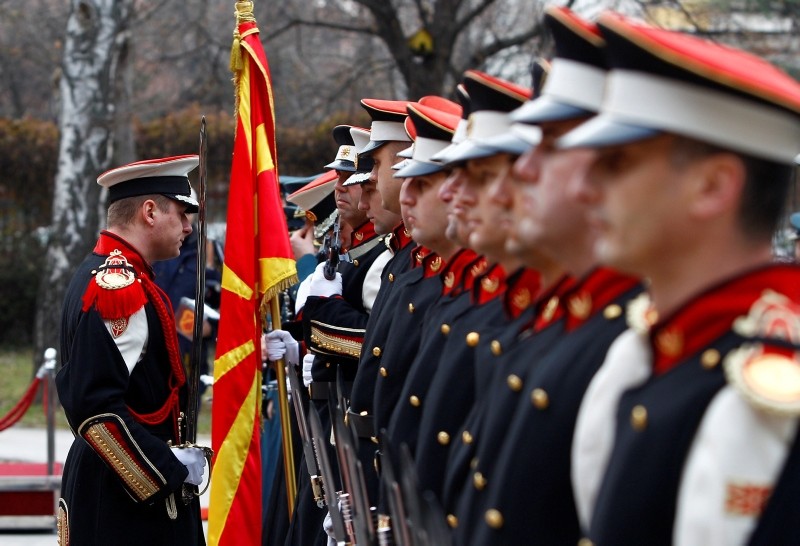 Members of the Macedonian honor guard line up before the welcoming ceremony for Croatian Defense Minister Damir Krsticevic (not pictured) in Skopje, Macedonia, Feb. 5, 2019. (Reuters Photo)
by Feb 06, 2019 12:00 am

NATO allies have signed an accession protocol with Macedonia, taking a key step toward the Balkan state becoming its 30th member.

The move allows Macedonia to participate in NATO meetings as an observer until all allies ratify the accession protocol.

It comes after the resolution of a years-long name dispute between Macedonia and neighbouring Greece, a NATO member.

The former Yugoslav republic finally agreed last year to change its name to North Macedonia, to distinguish it from the ancient northern Greek province of Macedonia.

The name change will become official once Greece has ratified the accession protocol - a move expected in the coming days.

Russia is highly critical of NATO's eastward expansion, viewing it as a direct threat to its security.