North Macedonia puts up new name on border with Greece 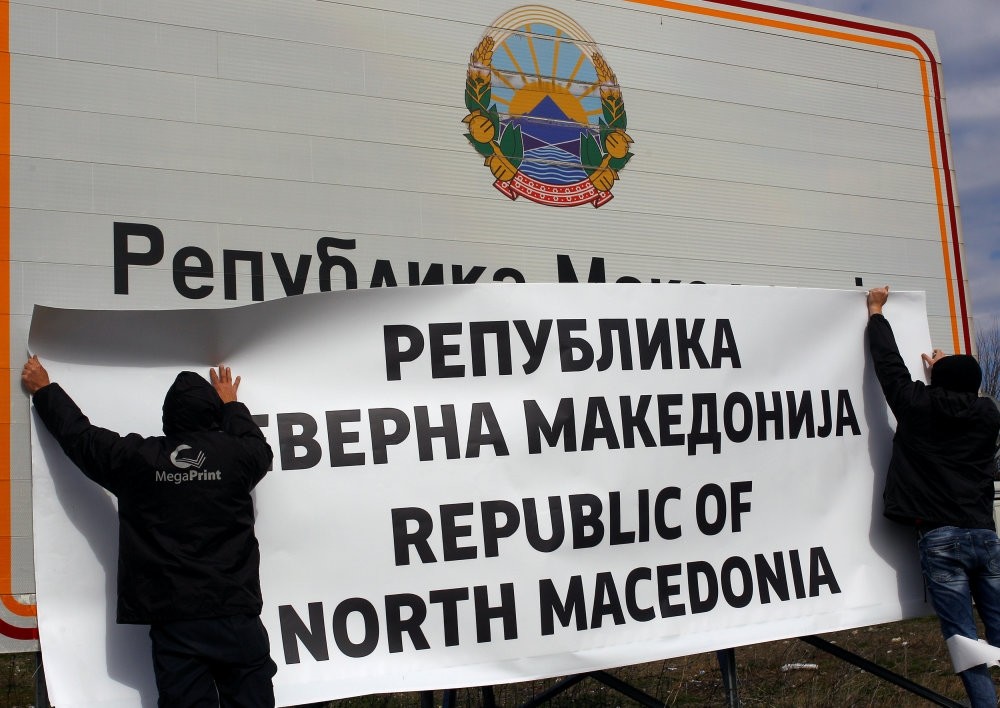 The new name came into force on Tuesday after constitutional changes were published in the Official Gazette and Skopje's foreign ministry said both countries had informed the U.N. by letter that the change is now in force. Skopje started using the new full name, Republic of North Macedonia, on its official website and Twitter page.

A series of practical adjustments, ranging from new road signs to updated passports and currency, will be made gradually. North Macedonia's deputy foreign minister, Andrej Zernovski, told local Telma TV that authorities would change, within three days, road signs at border crossings, airports and customs checkpoints. Within four months, the Interior Ministry will start issuing new car license plates with the abbreviation NMK, while new passports will be issued at the end of this year, Zernovski said.

The name change, which was agreed last year, came into force on Tuesday under to so-called Prespa Agreement. Prime Minister Alexis Tsipras was the first Greek prime minister since the fall of Yugoslavia to make an effort to find a solution for the matter, despite widespread backlash from both parliament and the people. Since 1991, Athens had objected to its neighbor being called Macedonia and its entry into the EU and NATO because it has a northern province of the same name. Ever since gaining independence, Skopje has long-claimed that Alexander's Macedonia is part of their culture, which sparked the decades-long dispute in the first place.