Thousands of Serbians protest against populist government for 11th week 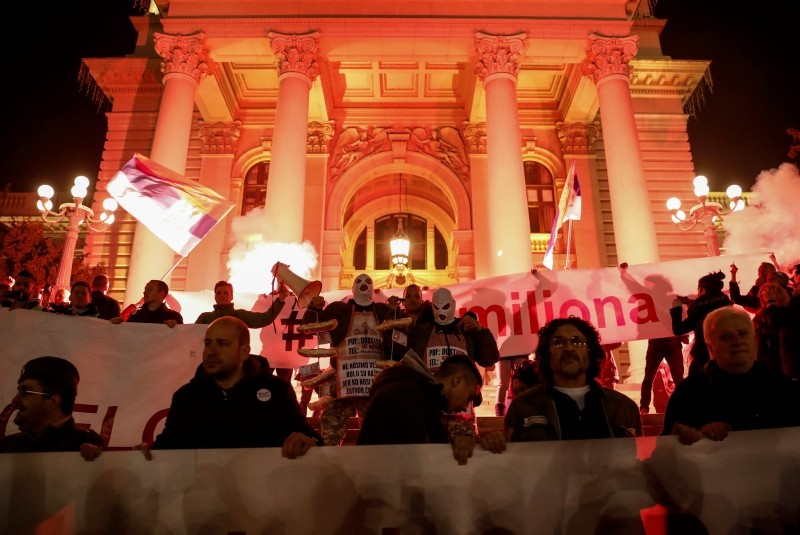 Demonstrators set off flares in front of Serbian parliament building during a protest against President Aleksandar Vucic and his government in central Belgrade, Serbia, February 16, 2019. (Reuters Photo)
by Associated Press Feb 17, 2019 6:34 pm
Thousands of people have rallied in Serbia's capital for 11th week in a row against populist President Aleksandar Vucic and his government.

The crowds at Saturday's protest lit flares outside the parliament building chanting anti-government slogans. Opposition parties meanwhile offered an "agreement" to the citizens pledging to restore democracy they say Vucic has stifled.

Critics accuse Vucic of stifling hard-won democratic freedoms in the country that went through a series of wars during the 1990s. Protests against Vucic started after thugs beat up an opposition leader last November.

Beleaguered opposition parties say they will boycott any future elections in Serbia unless they are free and fair.