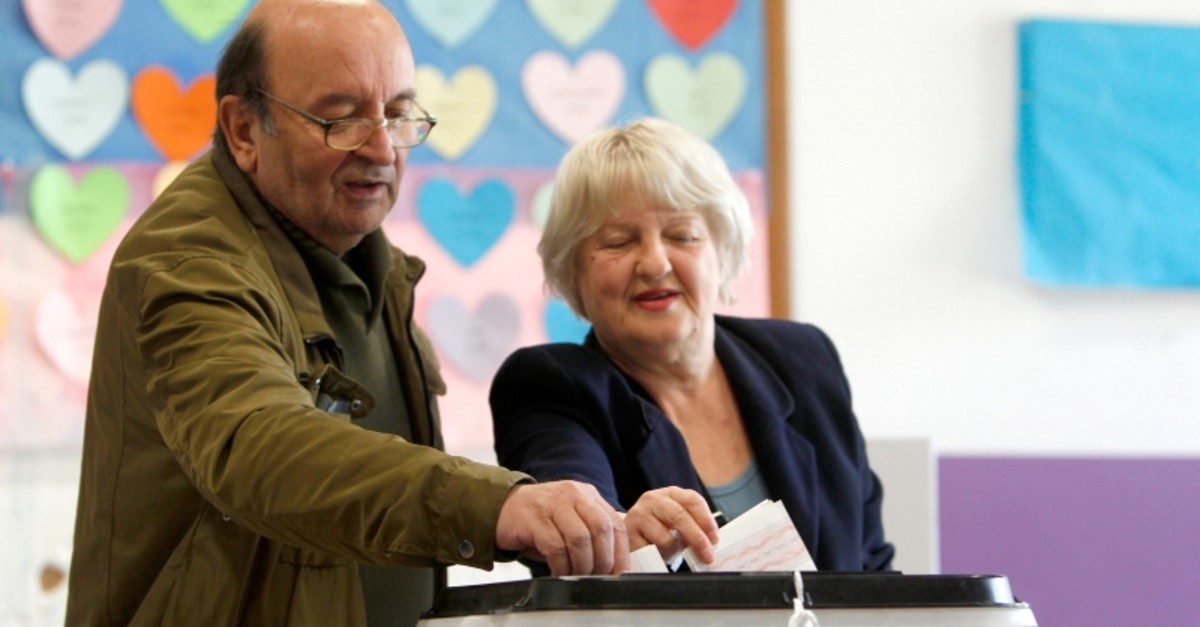 A presidential election Sunday gave voters in North Macedonia another chance to give an opinion on their country's new name and tested the center-left government that negotiated the name change to end a decadesold dispute with neighboring Greece.

Returns from the polls are giving an indication of which of the three candidates will compete in a runoff early next month.

The May 5 runoff is inevitable because the small European country's election law requires a candidate to get 50% plus one of registered voters, not just voters who cast ballots for president, to be elected in the first round. The state electoral commission reported the turnout Sunday was 39.26%.

With about half of polling stations reporting, Stevo Pendarovski and Gordana Siljanovska Davkova were in a close contest for the most support. Pendarovski, the joint candidate of the ruling Social Democrats and 30 other parties, held a slight lead, with 42.4% of the partial vote to Siljanovska's 41.1%.

The main conservative opposition VMRO-DPMNE party backed Siljanovska, the first woman to run for president in the country.

The turnout was the lowest recorded in the six presidential elections the former Yugoslav republic has experienced since independence in 1991.

The name change, which took effect in February, put the former Yugoslav republic on the path to membership in NATO and the European Union. Greece had blocked the move for decades, asserting sole rights to the Macedonia name.

The deal emerged as the main campaign issue of the presidential contest. The candidate who was backed by the main conservative opposition VMRO-DPMNE party has vowed to challenge the agreement in the International Court of Justice in The Hague.

Davkova, a vocal opponent of the name deal, said that as a constitutional law professor who is devoted to the rule of law, she would "respect" the agreement, but also "will do my best to show that some of the solutions are against Macedonia's Constitution and against...the norms of the United Nations."

Pendarovski, the joint candidate of the ruling Social Democrats and 30 other parties, told reporters after he voted in the capital of Skopje that he expects North Macedonia to become a full member of NATO and the EU. He said he is a strong supporter of the deal with Greece that "fully preserves the national interest of both countries."

Blerim Reka, a presidential candidate supported by two small ethnic Albanian political parties, expressed hope that North Macedonia will "prove that is ready for the start of the accession talks with the European Union."

A candidate needs 50% plus one vote of the total number of registered voters to win the election outright. Heading into Sunday's vote, a May 5 runoff was seen as all but certain.

More than 3,000 domestic and about 420 international observers monitored the election.

North Macedonia's struggles include a stagnant economy, more than 20% unemployment and pervasive corruption. At least 400,000 people, most of them young, have left the country in the past decade.

Some residents hoped for something better. Voter Stefan Kocevski said he expected the election to bring "positivity and change."

"I expect the situation to change for us young people and also changes in the country, our living conditions to improve and to go forward toward European Union and NATO," Kocevski said.