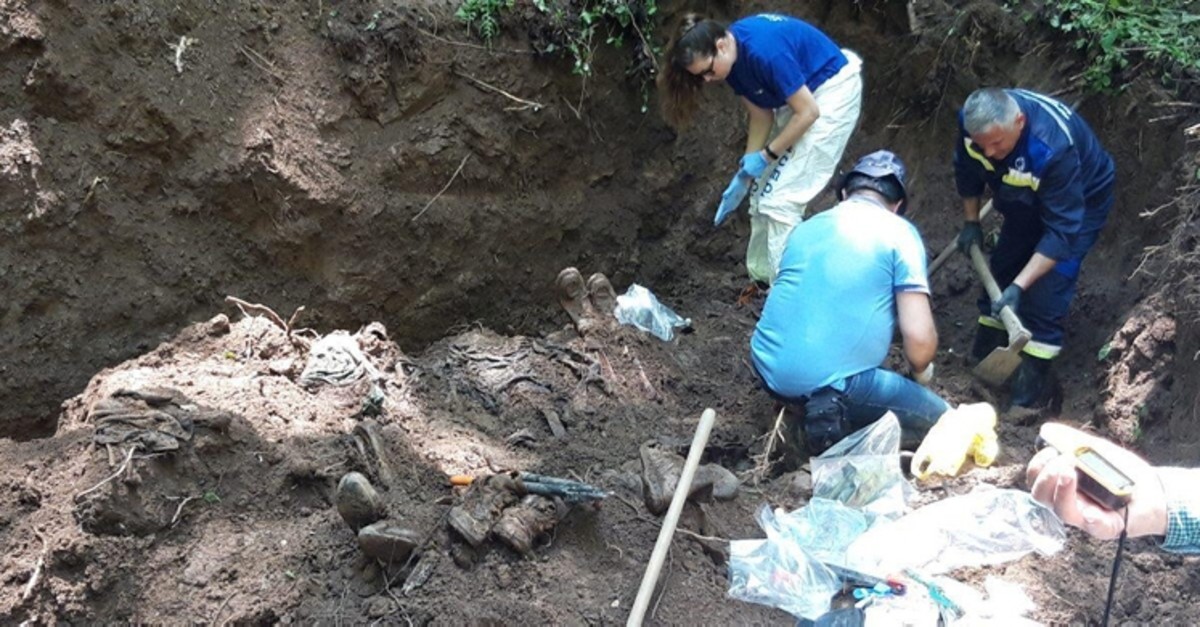 The authorities on Wednesday had discovered a new mass grave at Igman Mountain near the capital Sarajevo.

Emza Fazlic, spokeswoman of the institute, told Anadolu Agency that they are assuming that the bodies belong to Bosniak civilians killed during the war from 1992 to 95.

Fazlic also said that they are assuming a total of 12 victims are buried in the grave.

"These people were trying to reach the safe area through Igman mountain and they were cut off and killed. We think that we can find four more bodies," said Fazlic.

She added that they have also found bullet casings as well as personal items of the victims around the mass grave.

The bodies will undergo DNA tests for identification.