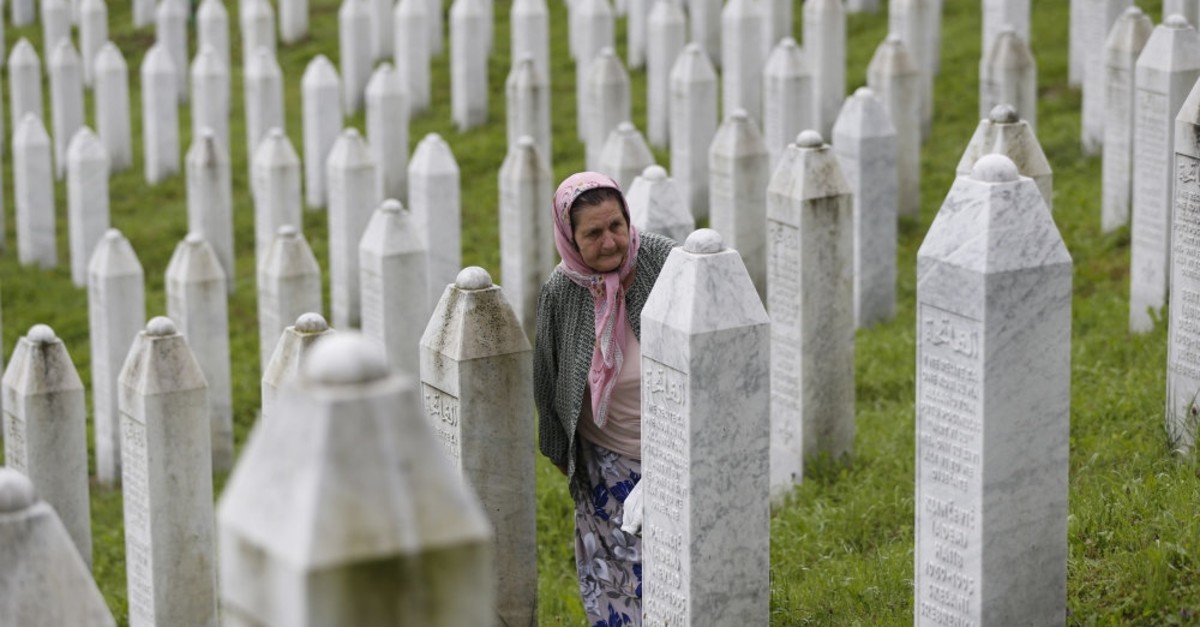 Fighting for justice for the victims of genocide, mothers of Srebrenica urged the Council of Europe to mark July 11 as an official remembrance day

Ahead of the 24th anniversary of Europe's worst massacre since World War II, mothers of Srebrenica urged Europe's foremost human rights organization, the Council of Europe, to adopt July 11 as an official remembrance day for the victims of the Srebrenica genocide. Speaking at the opening of an exhibition entitled "Srebrenica - Mothers' Long Fight for Justice" in Strasbourg on Wednesday, Council of Europe Human Rights Commissioner Dunja Mijatovic supported mothers from Srebrenica, Munira Subašić and Kada Hotić, and their call for a Remembrance Day. "You, mothers, are calling on the Council of Europe to mark July 11 as an official remembrance day of the Srebrenica genocide. I join my voice with yours."

For too long, the international community has looked away. The time has come to take sides and march with you to replace the seeds of hate with those of justice," Mijatovic said.

She argued that the denial of genocide must be fought. "Many people in Europe and the world do not know about the genocide, and some do not wish to know. Some even deny it. This is an insult to the victims and a serious threat to peace and reconciliation," Mijatovic said. "We need to fight against the denial of genocide. This is all the more important because in the [former Yugoslav] region, a culture of genocide denial has taken root," she added. On July 11, 1995, Bosnian Serb militia forces under the command of Ratko Mladic entered Potocari, which was under the protection of Dutch soldiers who were part of the United Nations Protection Force in Bosnia. The army of Bosnian Serbs held all U.N. soldiers captive and captured Srebrenica. That night, all the refugee women and children taking shelter in the U.N. camp in Potocari were forced to get on buses and trucks and leave the city. In front of the eyes of the entire world, the Serbian soldiers held more than 1,500 Muslim men captive for 10 days and tortured, raped and killed them, regardless of their age.

When the mass graves were opened years later, DNA results revealed that the Bosnian Serb soldiers systematically killed three generations of male members of the same family. The first funeral for the victims of Srebrenica took place in 2010 and the remains of 8,372 Muslim men were buried in the martyrs' cemetery across from Potocari. Following the funerals, the women who were forced to leave the city began to return to Srebrenica to be close to the graves of their loved ones.

Hundreds of Bosniak families are still searching for missing people as a large number of victims were thrown into mass graves around the country during the 1992-95 Bosnian War. Since the war's end, 8,400 people remain missing according to the Institute for Missing Persons in Bosnia and Herzegovina. Every year, the remains of more victims are identified and buried in Potocari on the anniversary of the genocide. Recently, as many as 35 more victims of the Srebrenica genocide were identified ahead of last year's anniversary. In a key move in delivering justice for the victims of the 1995 Srebrenica genocide, the United Nations appeals judges, in March, upheld the convictions of former Bosnian Serb politician Radovan Karadzic, known as the "Butcher of Bosnia" for genocide, war crimes and crimes against humanity and increased his sentence from 40 years to life imprisonment.