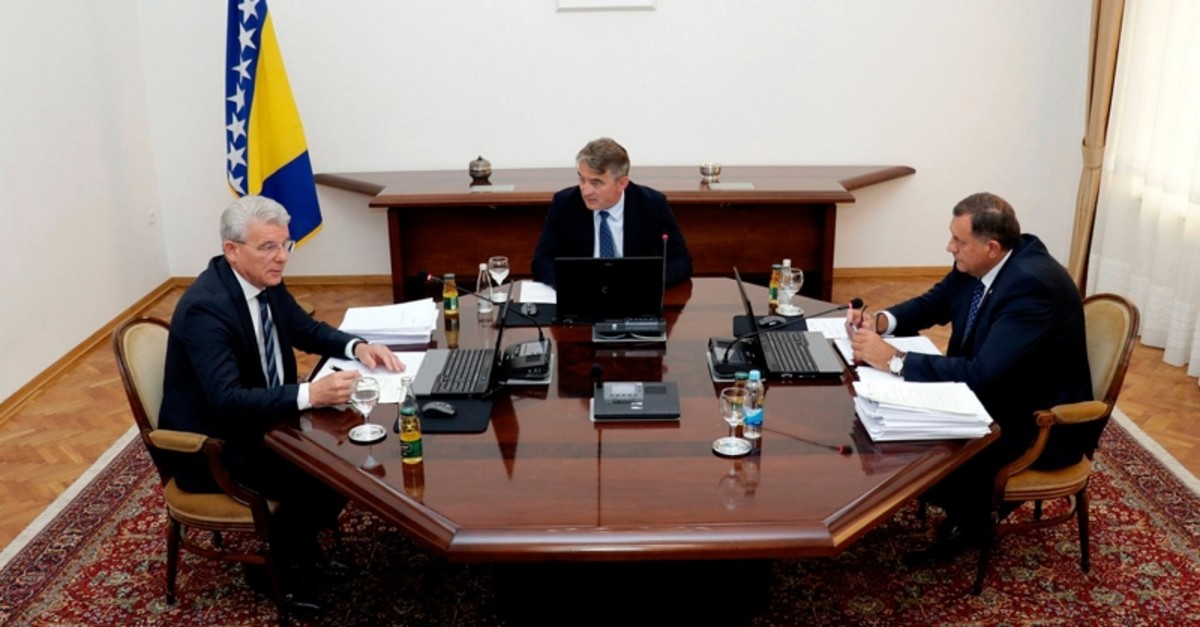 The three members of Bosnia's multi-ethnic presidency failed on Tuesday to break a 10-month deadlock on forming a new government amid deep divisions over the Balkan country's bid to join NATO.

A meeting between Bosnia's Muslim, Serb and Croat leaders ended without an agreement because the Bosnian Serb member of the presidency, Milorad Dodik, was against a package that would also include adopting a plan that would move Bosnia closer to NATO membership.

"As long as I'm a member (of the presidency) there will be no vote on ANP," Dodik said, referring to NATO's proposed Annual National Plan that lists a set of reforms a country has to make to eventually become a member.

"We were loud and clear, we will not vote for ANP and the next time they put it on the agenda we will again not vote for it," said Dodik, a staunch pro-Russian who has been supporting the Kremlin's bid to prevent NATO expansion in the Balkans.

The Muslim member of the presidency, Sefik Dzaferovic, said that the "cause of all problems that we face today are unilateral attempts (by Dodik) to halt Bosnia's road toward NATO."

"No one has the right to do that," Dzaferovic said, calling Dodik's actions "illegitimate" and contrary to the rule of law.

The divisions within Bosnia reflect a mounting conflict between the West and Russia over the future of the Balkans. While the West wishes to see the still-volatile region that went through a bloody war in the 1990s reform and eventually join the EU and NATO, Russia has used its historic ties with Serbs to undermine this idea.

After another Balkan historical ally, Montenegro, turned its back on Moscow and joined NATO in 2017, Serbia and the Serb-run Republika Srpska in Bosnia are the only allies of the Kremlin in the region.

Disagreements between Bosnia's Serbs and the other two ethnic groups over Bosnia's future relations with NATO could plunge the country even deeper into crisis and further exacerbate ethnic divisions.

Another meeting of the presidency to discuss a new government has not been set.

"We could not reach an agreement over this issue (NATO) and it has been agreed that we don't vote on this today and that we completely remove this topic from the agenda for now," the Bosnian Croat member of the presidency, Zeljko Komsic, said.