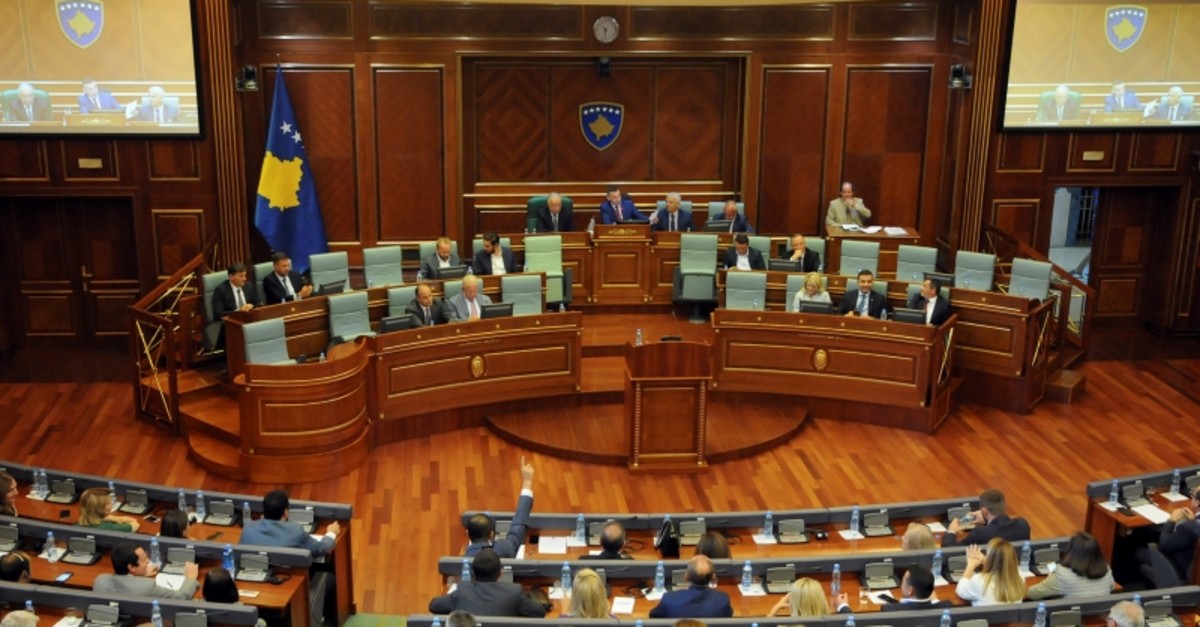 Kosovo's parliament was disbanded Thursday, opening the way to the country's president to set the date for an early general election.

The 120-seat Parliament held an extraordinary session Thursday, deciding by 89 votes in favor of disbanding the parliament. There was one vote against and two people abstained.

In July, Prime Minister Ramush Haradinaj resigned before being questioned by a Hague-based court investigating crimes against ethnic Serbs during and after the country's 1998-99 war. Haradinaj since then has acted in a caretaker prime minister role.

After the vote, Haradinaj hailed it has a "signal of a high degree of maturity and democracy," stressing that the dialogue with Serbia "is one of the important topics."

"I think we should discuss this topic after the elections," he told reporters.

President Hashim Thaci is expected to set a date for the vote, which will be held 45 days later.

No single political grouping is expected to have a clear majority in the new parliament. Delicate alliances have always required the votes of the Serb and other minorities, which have 20 seats, to form the Cabinet.

A former Serbian province, Kosovo declared independence in 2008, a move that Belgrade and its ally Russia do not recognize. The U.S. and over 100 countries do recognize Kosovo's statehood, which followed a NATO intervention in 1999 that stopped a Serbian crackdown against Kosovo Albanian separatists.

Talks between Kosovo and Serbia remain the main challenge for any Cabinet. They stalled last year over Kosovo's decision to impose a 100% tax on goods from Serbia.

Western powers have called on the two countries to restart their European Union-sponsored talks aimed at normalizing their ties and reach a "legally binding agreement that contributes to regional stability," urging Kosovo to lift or suspend the tariffs and Serbia to suspend "the de-recognition campaign against Kosovo."

Haradinaj has refused to bend to heavy pressure from the EU and U.S. to lift the trade barrier, which Serbia says is a requisite for returning to the table.