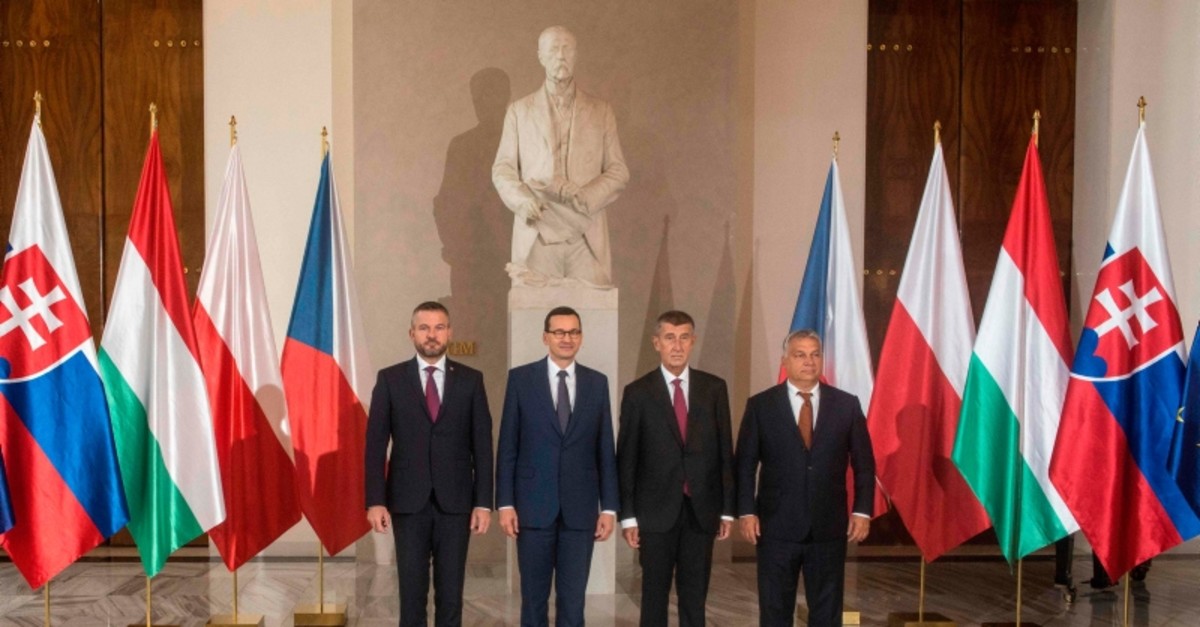 Visegrad-Four (V4) group premiers from the Czech Republic, Hungary, Poland and Slovakia made the statement at a summit with counterparts from five western Balkan states in Prague.

In a joint statement, the V4 leaders called on the EU to accelerate ongoing accession talks with Montenegro and Serbia.

The V4 also said reforms adopted by Bosnia and Herzegovina and Kosovo would bolster the two countries' hopes of joining the EU.

"The EU enlargement policy is the most efficient tool to support stability, security, democracy, and prosperity in Western Balkans," he added.

Polish Prime Minister Mateusz Morawiecki warned that if the EU fails to "come up with an offer for southern European countries or the Western Balkans, countries like Russia, Turkey or China will be very active there."

"If the EU hadn't slept on accepting North Macedonia and Serbia as members, there would be fewer illegal migrants in Europe," Hungary's outspoken Prime Minister Viktor Orban said at the meeting.

V4 countries have clashed with western EU members over migration policy, among other issues, with several of them refusing to accept migrants and asylum seekers during Europe's 2015 migrant crisis.

A former Serbian province, Kosovo only sent its ambassador to the summit after Czech President Milos Zeman accused its leaders of being "war criminals."

The pro-Russian, pro-Chinese Zeman also said he would ask the Czech government to reconsider its 2008 recognition of Kosovo's sovereignty.

PM Babis has ruled this out, saying there was "no reason for the Czech government to change its standpoint."