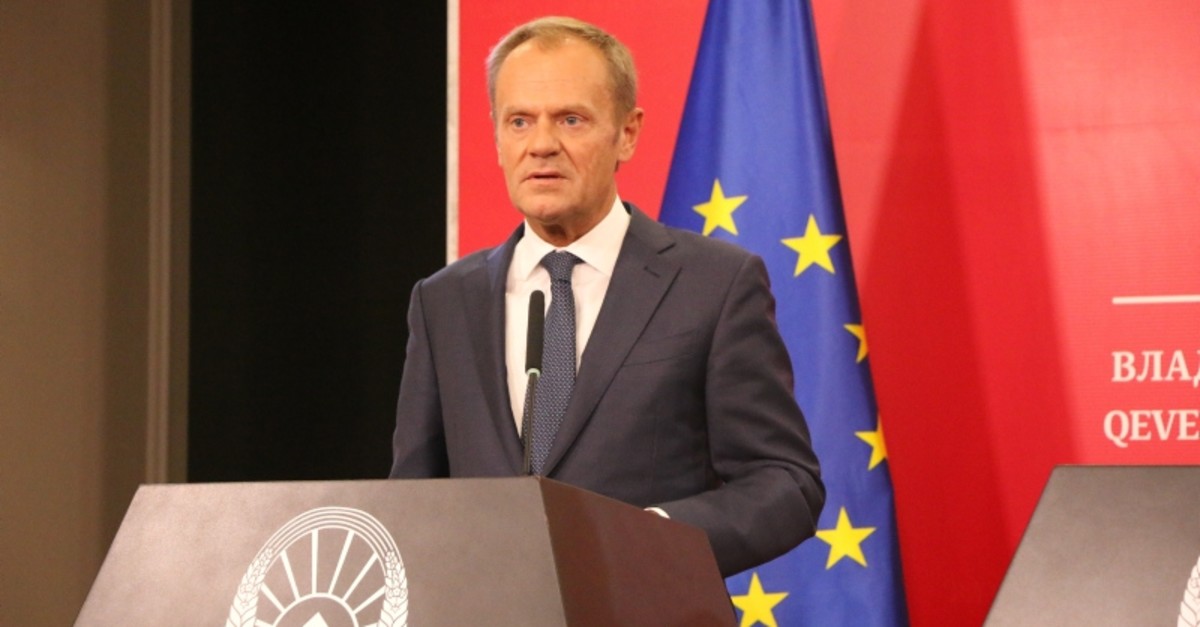 Visiting Skopje and Tirana a month before EU members will decide whether to start talks, Tusk praised North Macedonia for resolving its old quarrel with Greece by accepting its new name, as well as for its friendship treaty with Bulgaria and ability to help Europe cope with one of the biggest migration crises.

North Macedonia has been an EU candidate since 2005, but Greece had blocked its efforts to join due to objections over its former name — just "Macedonia," which Athens claimed harbored territorial ambitions on its northern Greek province of the same name. Athens and Skopje reached a deal on the nearly three-decade-long dispute last year.

Tusk said North Macedonia "has done everything" expected of it and appealed to EU leaders to "do your share" in starting accession negotiations.

In his next step, Tusk visited the Albanian capital of Tirana to meet with Prime Minister Edi Rama, urging Albania to keep up efforts to improve the rule of law and fight against corruption and organized crime.

"Albania's and the region's accession to the EU is in the best interest of the whole of Europe. Because there will be no stable and safe Europe without the integration of all the Balkans in the EU. What is at stake is our common future," Tusk said.

Following positive recommendations from the European Commission, Albania and North Macedonia expect the Council of Europe to decide next month whether to launch full membership negotiations with both Western Balkan countries.