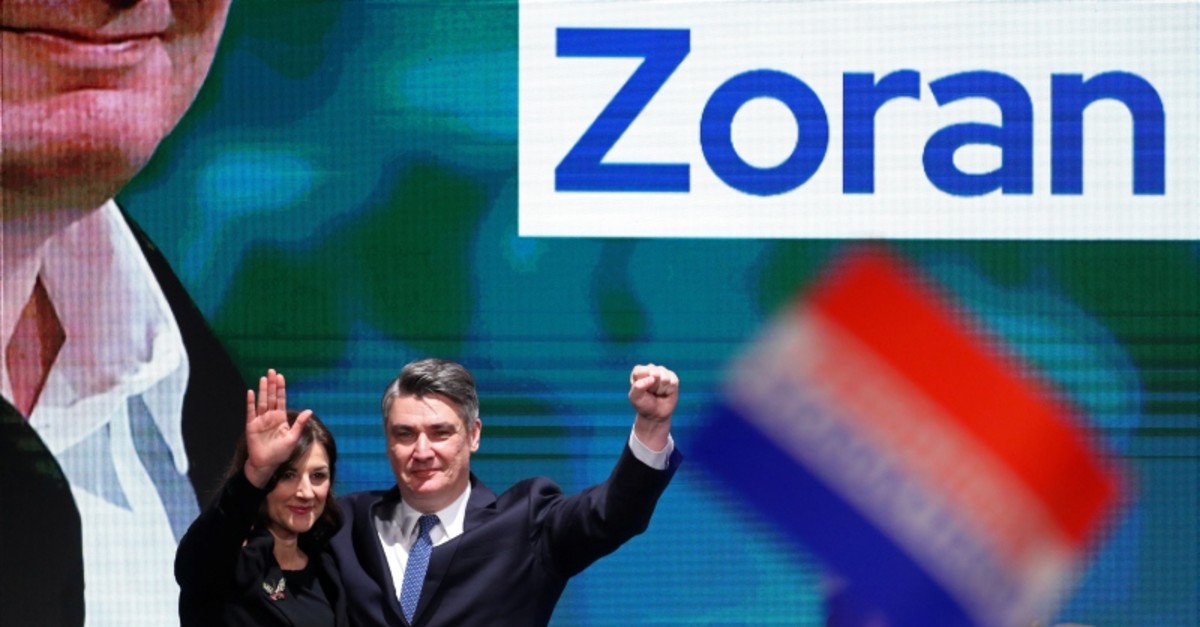 Presidential candidate Zoran Milanovic and his wife Sanja Music Milanovic spear on stage at his campaign headquarters after the presidential election in Zagreb, Croatia December 22, 2019. (Reuters Photo)
by Associated Press Dec 23, 2019 12:38 am

Former Croatian Prime Minister and the Socialist Democrat candidate Zoran Milanovic led in the first round of the country's presidential election with 58% of the votes counted, the State Electoral Commission said Sunday.

Milanovic got 30.8% of the votes ahead of the ruling center-right Croatian Democratic Union (HDZ) candidate, incumbent President Kolinda Grabar-Kitarovic's 27.5%.

Independent candidate Miroslav Skoro, a popular singer with conservative nationalist-leaning, was third with 23% of the votes.

The job of the Croatian president is ceremonial to a large extent as the head of state cannot veto laws, but has a say in foreign policy and defense matters. The president has a five-year term with the next one starting in February 2020.