Kobe Bryant to remain out of Lakers' season 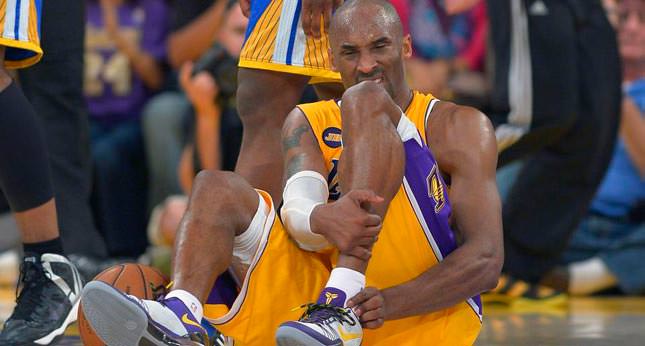 by Mar 14, 2014 12:00 am
CALIFORNIA – Immediately after the Los Angeles Lakers declared Kobe Bryant out for the season, he already was thinking about how to make sure the Lakers will be much less miserable when he returns.

The superstar guard's broken bone in his left knee has kept him out since shortly before Christmas, and it still hasn't healed enough for weight-bearing exercise.

With just five weeks left in their injury-ravaged season, the Lakers (22-42) elected to preserve Bryant for next year, when he'll be 36. And though Bryant has barely played, he is determined to make sure the Lakers' failures of this season aren't repeated in 2014-15. Exactly 11 months after tearing his Achilles, Bryant remained confident he can return in something close to top form. He plans to approach his remaining rehabilitation as "a seven-month training program," giving him ample time to rebuild strength in his left leg. "I don't want to say I'll be back at the top of my game," Bryant said. "Because everybody is going to think I'm crazy, and it's the old-player-not-letting-go sort of thing. But that's what it's going to be."