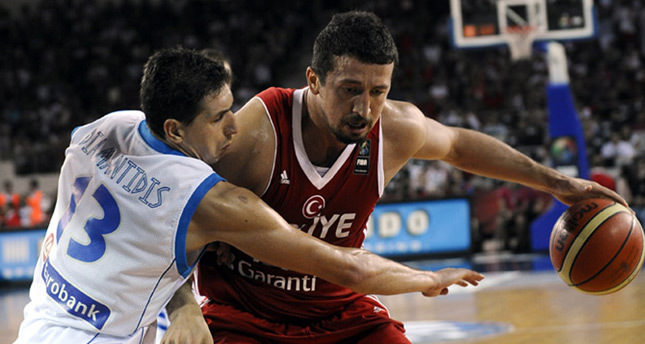 "I would like to announce my retirement from the Turkish Basketball Team, which I have been a member of since 1998, to make way for young players as my supporters and fans would understand," said Hedo in a written statement.

Hedo also thanked the Turkish National Basketball Team organization, his national teammates and the media for supporting him throughout the years.

"I will always be proud to have been a Turkish National Basketball Player and of representing my country," the statement continued.

Hedo also mentioned that he will continue to give back to Turkish Basketball with his 'Hidayet Turkoglu Basketball and Sports School' and other sports activities for young players.

During his national basketball career, Hedo was blessed to be a part of the Turkish national team that won a silver medal at the 2001 European Championships. He averaged 15.5 points per game and was a crucial part of the medal-winning team.

Nicknamed the 'Turkish Michael Jordan', Hedo was also an important part of the team when it came to their reaching second at the FIBA 2010 World Championship, which they lost only to the USA.