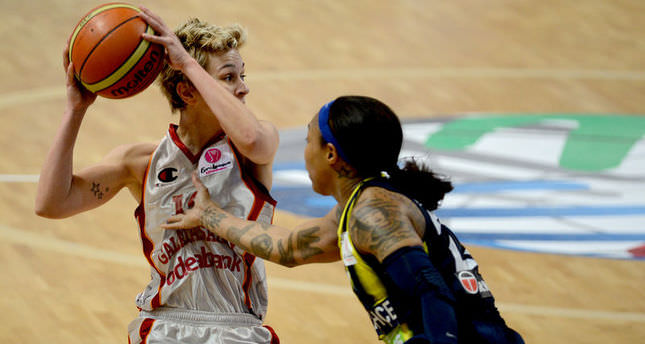 by Apr 11, 2014 12:00 am
Istanbul's Fenerbahçe and Galatasaray Odeabank both advanced from the quarterfinals of the FIBA Women's Euroleague to the semifinals following their respective victories in Russia.

Fenerbahçe first defeated Galatasaray Odeabank in a 68 to 66 comeback thriller before moving on to beat Spartak M.R.

Vidonje 58-57. Fenerbahçe secured the win through the efforts of Cappie Pondexter who scored 16 points and Angel MCoughtry who scored 13.

Fenerbahçe has been drawn to face France's Tango Bourges in the semifinal while Galatasaray Odeabank will take on tournament hosts Yekaterinburg.