Even Grizzlies are scared of Thunder OKC 100, MEM 86 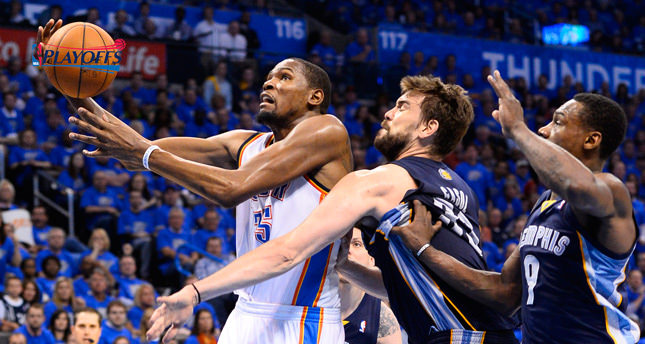 OKLAHOMA CITY — Kevin Durant scored 13 of his 33 points in the fourth quarter to help the Oklahoma City Thunder defeat the Memphis Grizzlies in the opening game of their first-round series.

Russell Westbrook had 23 points and 10 rebounds and Serge Ibaka added 17 points and nine rebounds for the Thunder, who nearly squandered a 25-point lead but recovered from a dismal third quarter to make 10 of 16 shots in the fourth.

Zach Randolph led Memphis with 21 points and 11 rebounds, but he made just seven of 21 shots and got into foul trouble in the second half.