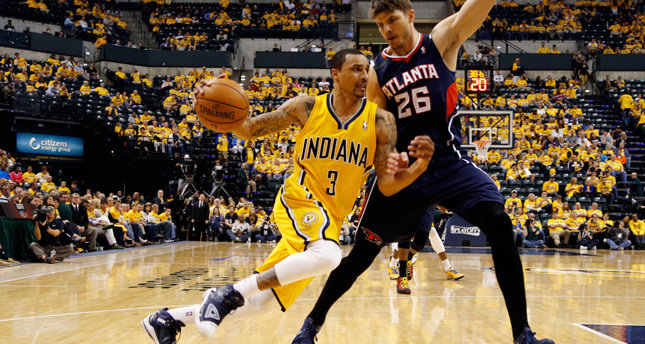 by Apr 20, 2014 12:00 am
INDIANA — Jeff Teague scored a playoff career-high 28 points and Paul Millsap added 25 as eighth-seeded Atlanta rolled past top-seeded Indiana 101-93 on Saturday night, taking a 1-0 lead in the best-of-seven series.

The Hawks ended an eight-game road losing streak in the playoffs, which dated to May 2011. Game 2 is Tuesday in Indianapolis.

Indiana, which spent the whole season working to get home-court advantage in the playoffs, wasted no time in giving it right back with a dismal third quarter. Paul George finished with 24 points and 10 rebounds.

Indiana couldn't get closer than eight the rest of the way.