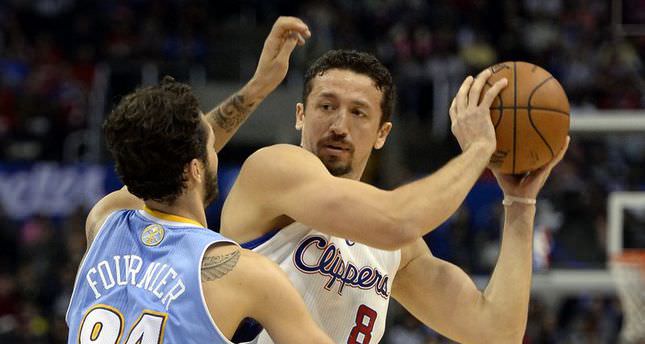 by Associated Press
May 03, 2014 12:00 am
SAN FRANCISCO — Los Angeles Clippers reserve forward Hedo Türkoğlu will not play in Game 6 against the Golden State Warriors because of a lower back injury.Clippers coach Doc Rivers said after the team's morning shootaround that Türkoğlu is "not doing well enough" to play in Thursday night's game.Türkoğlu injured his back in the third quarter of the Clippers' 113-103 win over the Warriors on Tuesday night in Los Angeles.

Türkoğlu was defending David Lee when he was knocked to the ground.Lee picked up an offensive foul on the play. Türkoğlu lay writhing in pain during a timeout before being helped to the locker room. The 35-year-old veteran is averaging 3.2 points and one rebound in 8.2 minutes per game in the series.