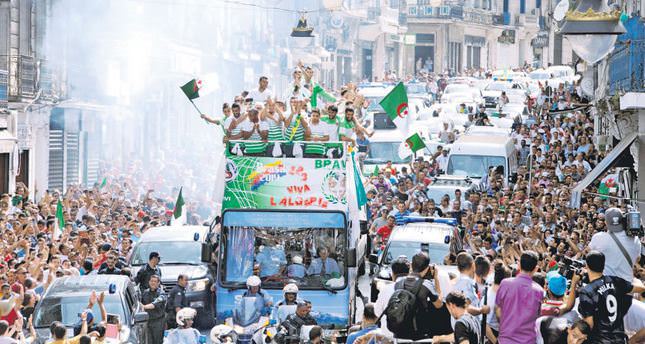 by Jul 07, 2014 12:00 am
Algeria coach Vahid Halilhodzic on Sunday confirmed his departure from the job despite presidential pleas that he stay on after taking the North African nation to the knockout phase of the World Cup finals for the first time.

The Bosnian coach confirmed his departure in a statement posted on the website of the Algerian Football Federation (www.faf.dz).

Halilhodzic received a personal plea from Algeria president Abdelaziz Bouteflika to stay after the squad were given a hero's welcome in Algiers on Wednesday.

They were beaten 2-1 in extra time by Germany in the last-16 of the World Cup in Porto Alegre on Monday.

Halilhodzic confirmed his departure saying "family obligations and the lure of new sporting challenges weighed heavily in my choice".

The 61-year-old is expected to be named new coach of Turkey's Trabzonspor next week.

Algeria already have Frenchman Christian Gourcuff lined up as Halilhodzic's successor after he said several months ago he would not renew his contract after the World Cup.

Halilhodzic, a former Yugoslav international striker, had a testy relationship with the Algerian federation and the country's media but emerged a folk hero after Algeria got past the group stage of the World Cup for the first time in four attempts.