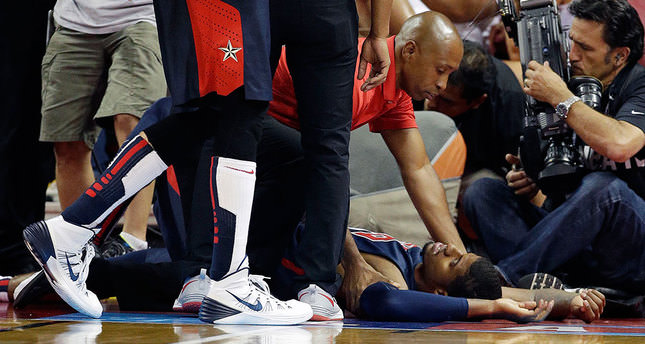 George leaped to contest a fast-break layup by James Harden with 9:33 left in the fourth quarter and his leg smashed against the bottom of the backboard stanchion and crumpled. He was then taken out of the arena on a stretcher.

George was considered a lock to make the final 12-man U.S. roster for the World Cup that starts later this month in Spain.

The defending champion U.S. team had already been weakened by player losses. Forwards Kevin Love, Blake Griffin, LaMarcus Aldridge and Kawhi Leonard, the NBA Finals Most Valuable Player, had all pulled out in recent weeks.