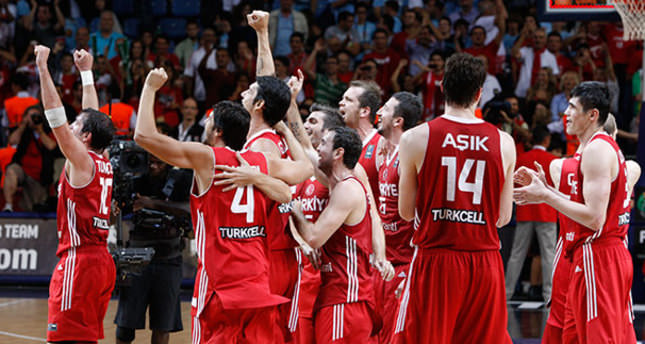 by Kenny Laurie Aug 30, 2014 12:00 am
Turkey begins its FIBA World Cup campaign on Saturday as they take on the "Tall Blacks" of New Zealand in Group C. The pool Turkey have drawn has been labeled by some as the "group of death" while others see it as an opportunity to advance. Group C has the tournament's overwhelming favorites, the U.S., in it but is otherwise filled with middling teams. Despite advancing to the final four years ago when the tournament was held on home soil, Turkey have regressed somewhat since then with star player Hedo Türkoğlu retiring from the international game. The Turks hardly go into the World Cup in the best of form, winning just one of their warm up matches and losing all of their home games. Aside from the U.S., Turkey can be confident going into their other Group C matches. While all sides pose threats, none of them being pushovers, Finland, New Zealand, Ukraine and the Dominican Republic are all beatable teams.

In such a competitive group, it is crucial for Turkey to pick up early wins. Saturday's clash with New Zealand could set the tone and rejuvenate the side. New Orleans Pelicans center Ömer Aşık should guarantee rim protection that few - if any - teams in the competition can match, even if his offensive game is still left wanting. As well as Aşık, Turkey boast players like Kerem Tunçeri, Sinan Güler, Ender Arslan, Oğuz Savaş, Cenk Akyol and Barış Ermiş who all played in the team's run to the final four years ago.

Despite a group of Turks plying their trade in the NBA, Aşık is the country's only representative in Spain. Ersan İlyasova, Enes Kanter and Türkoğlu will not be taking part, although their absences have opened doors to the likes of Cedi Osman - the rising star of Turkish basketball and the leader of the burgeoning "golden generation" that have dominated youth international tournaments.

Osman was the MVP in Turkey's recent U20 European Champion win and is expected to put in a break-out performance in Spain despite his tender years. Saturday's opponents who are also short of an NBA talent include New Zealand's Steven Adams of the Oklahoma City Thunder, who put in a strong performance in his rookie year last season. He will not be on the roster for the Tall Blacks, who still boast strength in other areas. Kirk Penney was part of the New Zealand team that made it to the semifinals of the World Cup back in 2002 and averaged 24.7 points per game - including a 37-point showing against Lithuania - four years ago in Turkey.

Players to watch at the World Cup

1. Giannis Antetokounmp - "The Greek Freak" has already become a cult figure in the NBA after just one season. The youngster is almost seven-feet tall but has the skills and athleticism of a guard. His performances in the Summer League only increased the hype and he could end up showing further improvements in Spain.

2. Cedi Osman - The leader of a new wave of Turkish talent, Osman is one of the most highly tipped youngsters in the game. Big, versatile and willing, Osman could end up joining Aşık and co. in the NBA before too long. A good showing in Spain could end up vaulting him into the
public consciousness.

3. Dante Exum - A recent lottery pick for the Utah Jazz, the Australian is an unknown quantity. His Summer League outings impressed many but the World Cup offers him the first chance to show a glimpse of the future. Long, quick and agile, Exum will be handful for any team.
Last Update: Aug 30, 2014 2:19 am
RELATED TOPICS