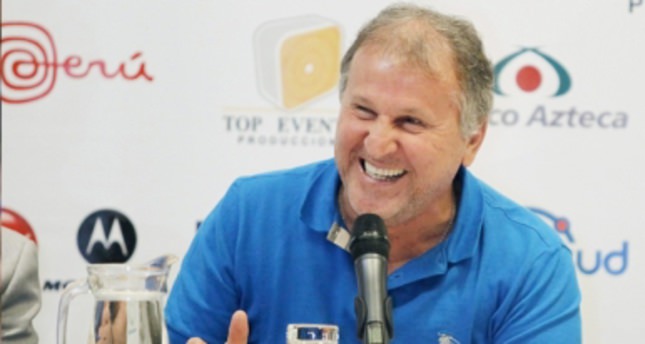 by Anadolu Agency Sep 04, 2014 12:00 am
Turkish giants Fenerbahçe's former coach Zico, one of Brazil's greatest exponents of 'the beautiful game', added another exotic employment location to his CV on Tuesday when he agreed to join Goa. The Indian Super League club said in a statement that the 61-year-old, who was an outstanding creator and goalscorer for Brazil and played in the 1978, 1982 and 1986 World Cups, had signed a contract in Rio de Janeiro to take the job of head coach. Zico has also played or coached in Brazil, Italy, Japan, Turkey, Russia, Greece, Iraq and Qatar.

Other former stars who have confirmed their participation as player or coach include Italian great Alessandro Del Piero, France and Juventus striker David Trezeguet, his compatriot Robert Pires, Spaniard Luis Garcia, and England goalkeeper David James. The league is backed by India's Reliance Industries, controlled by the country's richest man Mukesh Ambani, sports management giant IMG and Rupert Murdoch's Star TV. India, ranked a lowly 150th in the world, has been dubbed a "sleeping giant" by world governing body FIFA president Sepp Blatter.But the English Premier League draws big TV audiences and team owners are hoping to replicate the success of the IPL, the domestic Twenty20 cricket tournament that attracts some of the game's biggest names.