Turkey through to last 16 at FIBA World Cup 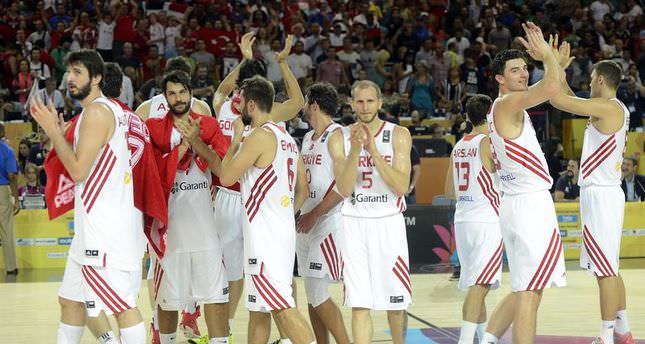 by AA Sep 05, 2014 12:00 am
Turkey eased past Dominican Republic 77-64 in 2014 FIBA Basketball World Cup Group C game Thursday in the Spanish city of Bilbao and qualified for the Round of 16 in the tournament.

Turkey snatched the win against Dominican Republic in the second quarter after scoring 27 points while the Caribbean side managed to score only 10 points in that period.

Turkish center Oguz Savas was the top scorer for his team by scoring 15 points. He also grabbed six rebounds during the game. He was followed by his team mate Kerem Gonlum, who completed the game with 10 points and 6 rebounds. Turkish center Omer Asik, and small forwards Emir Preldzic and Cenk Akyol scored 9 points each.

The Caribbean team tried to resist Turkey with the performance of Francisco Garcia. The Houston Rockets guard scored 18 points throughout the play. Victor Liz also reached double digits in points section with 12 points.


Turkey completed Group C as runners-up. They will meet Australia, who finished Group D in third position, in the Round of 16.