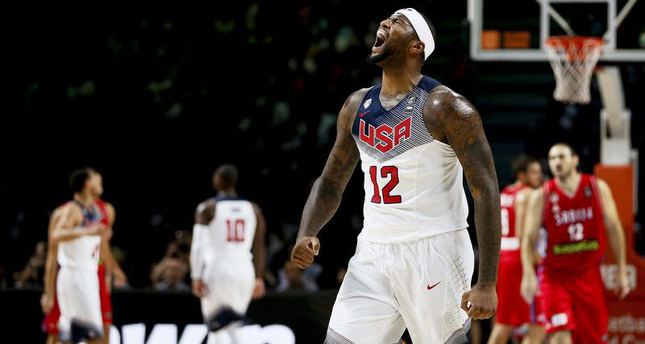 by Associated Press Sep 14, 2014 12:00 am
Kyrie Irving made all six 3-pointers and scored 26 points, and the U.S. repeated as world champion for the first time by crushing Serbia 129-92 on Sunday in the Basketball World Cup.

James Harden added 23 for the Americans, who made 11 of 16 3-pointers in a sensational-shooting first half, adding one final romp to a tournament full of them.

This depleted team that was supposedly weak enough to lose was too good to be touched.

The Americans were supposed to have All-Star forwards Kevin Durant, Kevin Love and Blake Griffin, who all informed USA Basketball not long before the tournament that they would be unavailable.

But Irving and Harden stuck around, and despite sending the youngest U.S. team since NBA players debuted in 1992, the Americans remained as dominant as ever.

They have won 63 straight games 45 in official FIBA events and 18 in exhibition play and are automatically qualified for the 2016 Olympics in Brazil.