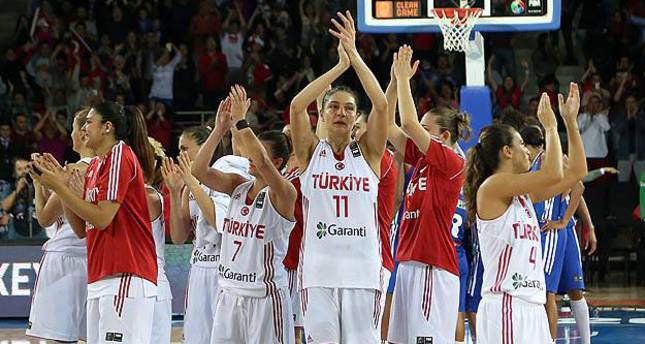 Less than a minute to go in the game, point guard Isil Alben scored the winning 3-pointer to put Turkey up 50 - 48. France could not use their chances in the remaining seconds of the game, giving Turkey their first victory.

Turkey had started the game hesitant and their woes would continue as they only managed to score 3 points in the second quarter. France was up 10 points after the first half, 27-17.

Other matches of the tournament

For Angola, guard Fineza Eusebio and center Luisa Tomas had 9 points each.

Power forward Ramu Tokashiki's 19 points and 7 rebounds were not enough for Japan.

In Group C, Belarus defeated South Korea 70-64 in Istanbul to secure their first win of the tournament. Belarus Small Forward Katsiaryna Snytsina was the top scorer with 17 points.

South Korea could not repeat their solid first quarter performance -- they were up 23-11 -- in the following three quarters. Center Jisu Park scored 15 points, and point guard Jihyun Shin and Small Forward Heejin Choi each contributed 12 points in the losing effort.

Remaining games of the day are ongoing, Brazil is facing the Czech Republic in Group A and tournament favorites USA are clashing with China in Group D.