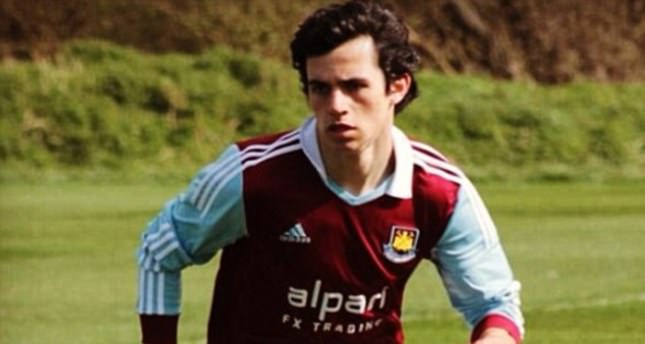 by Daily Sabah Oct 09, 2014 12:00 am
The Turkish Football Association are exploring the possibility of West Ham teenager Oscar Borg pledging his allegiance to Turkey. The 16-year-old left-back, who had a spell training at Manchester United earlier this summer only for a deal to fall through, has agreed a two year scholarship with West Ham. According to Daily Mail and Turkish media, Borg has been touted as a promising wing-back and that has alerted Turkish football officials. They have learned that the teenager's grandmother was born in Istanbul and are checking whether he is eligible to play international football for them. It has been suggested that should Borg commit to Turkey, offers from the country's biggest clubs such as Galatasray, Fenerbahçe and Beşiktaş would follow suit. Getting Borg, who has drawn comparisons to the world's most expensive player Gareth Bale, to commit himself to a professional contract has been a coup for West Ham. But Manchester United are said to be sniffing around another promising young Hammers defender in 15-year-old Reece Oxford.