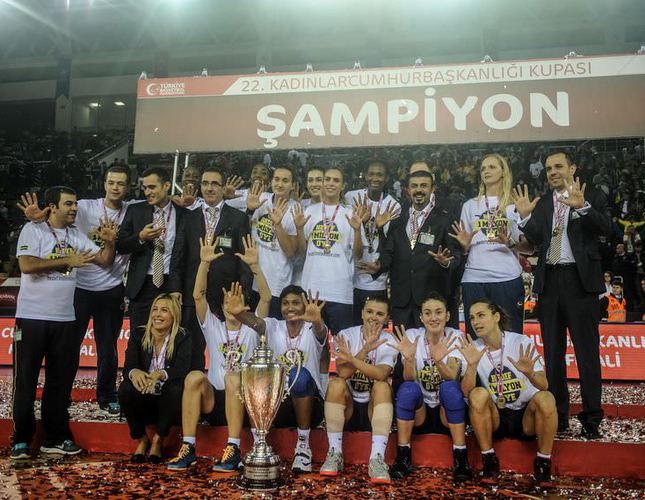 by Daily Sabah Oct 26, 2014 12:00 am
In the 22. Presidential Cup, highest tier of women's basketball, Fenerbahçe defeated Galatasaray Odeabank 56-48 on Sunday at Samsun, winning the cup for the 5th time.

Starting from the the first quarter, Fenerbahçe took the lead. The first half ended 32-26 for Fenerbahçe, outscoring Galatasaray during the second half with MCoughtry and Tina Charles's effective game.

For the first five minutes of the second half, both teams managed to score only 4 points, and the third quarter ended 44-34 with Fenerbahçe's lead.

Fenerbahçe started the fourth quarter effectively and managed to to increase the gap up to 15 points. Although Galatasaray maanged to decrease the gap down to 7 points, Fenerbahçe controlled the pace and won the game 56-48.