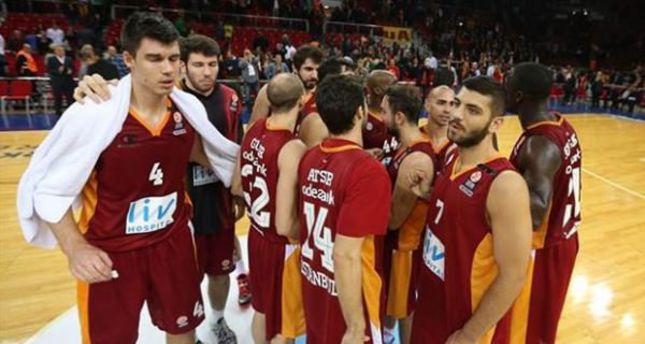 After their first win of the EuroLeague campaign last week, star point guard Güler hopes to see Gala kick on. Galatasaray take on Laboral Kutxa Vitoria away from home today in Group D of the EuroLeague

Galatasaray Liv Hospital point guard Sinan Güler is looking for his side to reproduce last week's form when they take on Laboral Kutxa Vitoria away from home today in Group D of the EuroLeague. The Istanbul side picked up their first win of the competition last week when they overcame Valencia following an opening round defeat to Crvena Zvezda, leaving them in joint second place with Vitoria, Crvena and Neptunas Klaipeda with a win and a loss each. Greek side Olympiacos Piraeus top Group D with two wins and Valencia prop up the group with two defeats.

Consistent form has been lacking so far this season but a win today will see Galatasasray knit together three straight wins and get their season well under way. Güler believes today's game could be crucial in finding that all-important rhythm.

"We have had our ups and downs in the season, and also in pre-season, with a lot of players coming back late from their national teams," said the Turkish international who was a star at this year's World Cup in Spain. "We had to find our rhythm as a team as soon as possible. We are still trying to do that but I think that in our win against Valencia we found what works on the court for us. We need to emphasize that when we get on the court, especially in our upcoming Euroleague game against Laboral Kutxa Vitoria.

"We had a lot of new players, particularly at the wing positions. All of them are experienced players who come from Euroleague teams. They found their way and their roles and character on their teams pretty quick. It is a matter of time that everything works well for this team. "We have to control the tempo if we want to win this game. With their point guard Thomas Heurtel and their new additions like Doron Perkins and Davis Bertans, they like to play fast-paced basketball, so if we can control the tempo and play the way that we want throughout the whole game, consistently for 40 minutes, I think we will have a chance to win the game."

Familiarity will be a theme in Spain today. Gala players Carlos Arroyo, Vlad Micov and Ender Arslan have all played for today's opposition at some point in their careers. Today is significant for Arslan in particular who will become the 17th player in history to play 200 EuroLeague games. Güler will face a familiar foe today when he goes up against former teammate Sasha Vujacic who joined the team this week. The two played together during their time with Anadolu Efes Istanbul, becoming good friends, although friendships will be put to one side come tip-off time. "We will face Laboral with a chance to go against my former teammate Sasha Vujacic," Güler said. "It is always great and exciting to play against former teammates. I know that Sasha has been looking for a team for a long time and that he's really excited to be back on the court, of course. It will be fun to play against him! I think he is going to fit well in Vitoria. Laboral plays quick basketball and Sasha is one of those players who likes a fast-paced rhythm, with a lot of opportunities to score." On the court, there is good news for Gala who welcome back Australian Nate Jawai. The Aussie has been away on international duty and could play a large part against Vitoria.

"Nate Jawai is back and that's great," said the point guard. "Nate was with his national team and him coming back to Galatasaray is a great thing. We missed him on the court last season, and off the court, too. We can take a lot of advantage with his size and strength, especially on offense. He is getting in better shape every day and is a valuable addition to our group."