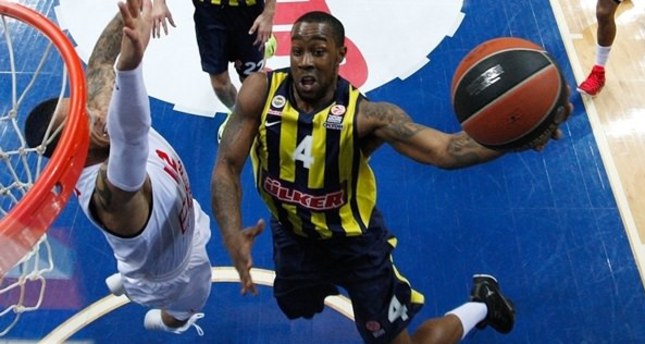 by Kenny Laurie
Nov 20, 2014 12:00 am
Fenerbahçe Ülker face a crunch clash with Italian giants EA7 Emporio Armani Olimpia Milan today as the Istanbul side look to seal their place in the upper echelons of Group C. Fenerbahçe go into the game buoyed by wins over rivals Galatasaray in the domestic league as well as a superb humbling of Bayern Munich last week. Zeljko Obradovic's side were victorious against the Italians in Istanbul when they met in the EuroLeague opener, and another win today will give them a 4-2 record that should all but seal a comfortable passage into the next round. However, a defeat could push them into the middle of the chasing pack, seriously compromising their chances. Coach Obradovic is more than aware of what is it at stake today.

"We will play against a strong team in a game that is very important for the both of us," said the Serb. "So, if we want to win this game, we must continue to play [at] the level we played the last games. [This means] 40 minutes of concentration and [being] ready for the aggressiveness of Milan." Fener won 77-74 in the opener a month ago when Andrew Goudelock announced himself to the European game with a match-winning performance. His teammates will be looking to him to lead the side after his record-breaking 10 3-pointers last week. Fenerbahçe are in a rich vein of form at the moment, winning four straight games in the domestic league. Star forward Emir Preldzic said, "We are expecting a very tough game. It's going be very important for both teams, but we are in a positive streak. We won the last three [sic] games, and we are playing way better than in our first game against them. But Milan is a good team and we know it will be hard. We will prepare our game well and fight for our chances." Young starlet Kenan Sipahi is expected to continue playing a large role on the wing while the big bodies of Oğuz Savaş, Luka Zoric, Jan Vesely and Nemanja Bjelica are expected to put in a decisive turn. A familiar face will be on the opposite side of the court as Linas Kleiza, playing for Milan, will come up against the teammates with whom he won the Turkish league championship last season.

Elsewhere, Anadolu Efes travel to Unics Kazan as they look to build on their superb 77-75 win over Real Madrid from last week. Matthew Janning was the hero six days ago as he tipped in the winning basket against the Spanish giants. But despite his offensive heroics, the American is preaching defense ahead of today's clash.

"It's another big road game in the EuroLeague," said Janning. "Unics Kazan is a very good offensive team with good players like Jerrels [and] Langford. We need to focus a lot on our defense to stop them and to control the game." Coach Dusan Ivkovic called on his players to dig deep to find the extra gear they found against Real Madrid last week as the Istanbul club look to put further pressure on the Spaniards, who currently topped Group A with a 4-1 record - the same as Anadolu Efes. "Unics Kazan is a very experienced and strong team on one-on-one offensive game. They have some of the best players in [the] EuroLeague in their positions. In the first game in Istanbul approximately a month ago, we had serious problems in the game. According to the standings of Unics Kazan at the moment, a very tough game will be waiting for the teams. I expect a good game" Ivkovic added.