Gala on the brink after EuroLeague loss 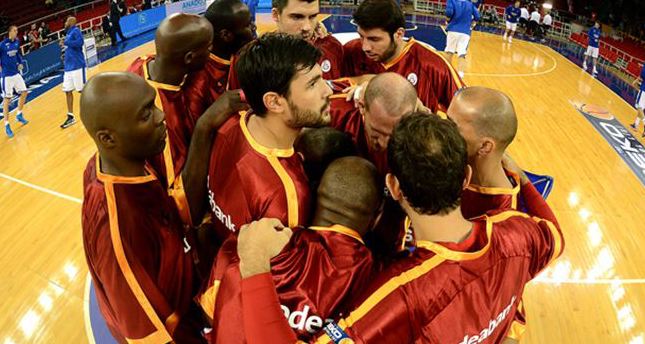 by Kenny Laurie Dec 12, 2014 12:00 am
Galatasaray suffered a back-breaking EuroLeague loss on Wednesday night, going down 82-72 to Neptunas Klaipeda away, to put their chances of qualification to the last 16 in serious jeopardy.

The Yellow-Reds are now out of the top four positions in Group D, sitting behind Neptunas Klaipeda, with a 3-6 record leaving qualification to the next round out of their hands.

After a tight first three quarters, the Lithuanian side pulled ahead in the final period where a huge dunk by Deividas Gailius and a ridiculous 3-pointer by Mustafa Shakur helped secure the valuable win.

The 10-point deficit in the final score only told half the story, with Klaipeda only breaking away late on. The two sides went into the final quarter at 63-60 to the home side and it was only a one-point game early in the fourth.

While Galatasaray struggling, Anadolu Efes can look forward to a comfortable tie tonight.

The Istanbul side are already guaranteed a spot in the next round with their seed as either second or higher all but nailed on. Tonight they welcome Russian side Nizhny Novgorod, a plucky side but not a particularly effective one. Efes have the best defensive record in the EuroLeague, allowing just 67.6 points per game; the Russians are currently outside of the qualifying spots. Once again, Efes find themselves with complacency as their biggest rival.

"Now, this season in the EuroLeague, so many surprises have occurred so far," said Efes coach Dusan Ivkovic. "We are going to play the last two games of the regular season. We are already in the Top 16, so we have to be ready for that also. Now we are not looking at which position we will finish the regular season; the Top 16 is very important. On the ninth game, we will play against Nizhny Novgorod; they are a good team. I think one of their best players, Taylor Rochestie, is not going to play, but they have many good players. We have to perform our best, we must be careful. We have to be prepared especially in defense and we expect one good game on Friday," Ivkovic added.