Fenerbahçe looking to use Bayern game as preparation 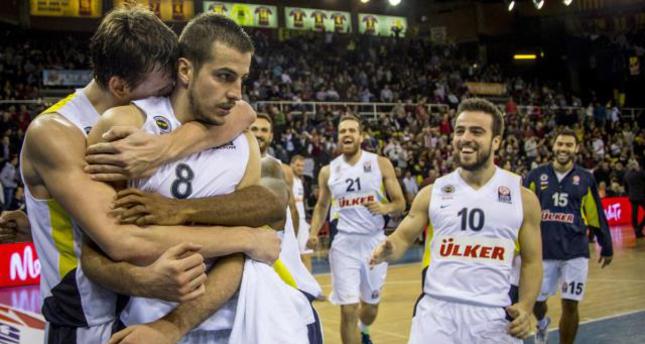 by Kenny Laurie Dec 19, 2014 12:00 am
Fenerbahçe can snag the top spot in Group C of the EuroLeague tonight when they take on Bayern Munich, but the Istanbul side will need something of a minor miracle. Barcelona and Fenerbahçe are the only teams that grab the No. 1 seed in the group, currently sitting one and two respectively. While Fenerbahçe take on Bayern Munich at home, Barcelona take on Panathinaikos. If the Greeks beat the Catalans and Fener beat Bayern - a perfectly reasonable scenario - and the collective point difference in the two games exceeds 30 points - a less likely scenario - then Fener will move through to the Top 16 with the top seed.

However, if the Istanbul giants replicate their performance in Munich, then everything is possible.

In Munich, Fener won 93-86 and were propelled by a historic performance from point guard Andrew Goudelock, who broke a EuroLeague record with 10 made 3-pointers. A similar showing would certainly give the Turkish league champions a chance, presuming Panathinaikos can overcome Barca. Fener coach Zeljko Obradovic is aware of the importance of the fixture, but with the top seed still far away, the Serb is hoping to use the game to help his players ready themselves for the Top 16.

"This is the last game of the regular season, we already know our position. This game must be used by us to gain confidence and get ready for everything that is coming because the Top 16 is around the corner. This game will be important for us." Obradovic said. Guard Ricky Hickman backed up his coach's words in terms of the immediate result, describing tonight's game as "not important." "We're looking forward to the game. We had a good week of preparation. We know the result is not that important, but we want to make sure that we play a good game. The Top 16 is about to start and we have to be ready for that," said the American.