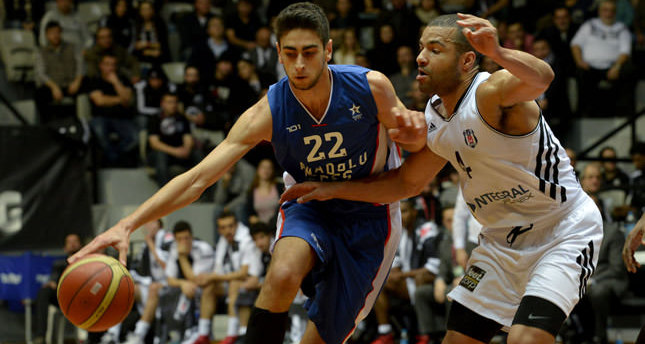 Anadolu Efes are looking for their second straight win in the EuroLeague Top 16 as they take on Spanish side Unicaja Malaga in Istanbul tonight.

Efes were one of the star teams in the opening round of this year's competition and the Istanbul side could further stamp their authority on the tournament with a convincing win over Malaga.

Coach Dusan Ivkovic has a virtual full complement of players to choose from, including Dario Saric and Cedi Osman, two players recently voted in the top three of prospects in Europe by club executives of EuroLeague teams.

The duo face a tough test tonight with coach Ivkovic describing Malaga as the best team in Spain at the moment, quite a compliment considering the power of Real Madrid and Barcelona.

"Unicaja Malaga is the second Spanish team that we will play against in the Top 16 in two weeks after Laboral Kutxa," Ivkovic said. "At the moment, they are the best team in the Spanish League; they are at the top in standings. After losing to Olympiacos last week, they are a dangerous opponent. They are in good shape and we have to prepare very well. We have experience with them in the pre-season tournament this season. They were in good shape at that time too. We expect one tough game for sure. Like their team, we do not have any injuries except Batuk who has not been able to be with us for a long time. I am optimistic about the game."

Efes served notice of their skill last week when they put in a convincing performance to defeat Laboral Kutxa Vitoria 72-67. The Istanbul side come into the game in good form having beaten Beşiktaş narrowly in the league, their fifth straight win, while enjoying a near-full squad to choose from, thanks to the return of Nenad Krstic. They can also count on the dangerous new signing Thomas Heurtel to make a difference tonight. Young star Furkan Korkmaz believes his side's fresh injury list could be the difference between winning and losing at the Abdi İpekçi Arena tonight.

"Unicaja Malaga is a good team," Korkmaz said. "All our injured players came back except Birkan Batuk. Our new player, Thomas Heurtel, has been with the team for approximately two weeks. After the game against Beşiktaş in the Turkish League, we are working very hard for the Unicaja Malaga game. To be the winning team on Friday, we must do our best."

Elsewhere, Fenerbahçe take on Nizhny Novgorod for the first time in their history tonight. Fener will brave the Russian cold as they look to make up for their opening home loss to CSKA Moscow. While Novgorod are relative minnows in the competition, they pulled off a superb opening round win over Milan in Italy, putting coach Zeljko Obradovic on alert ahead of the game.

"This is our second game in the Top 16 and it is very important for us, as is every game," said the Serb. "We are playing a team that played really well in the first part of the season, even without some important players. They had an excellent start of the Top 16 with a road win in Milan by 20 points. They have all our respect and we understand this will be a tough, difficult game for us."

Swingman Bogdan Bogdanovic added, "It is going to be a tough game for us. Nizhny is doing well at the highest level and playing well on the court. It is a team with a good character. We must step on court with great energy and play as a team. It is the only way we can win the game: playing as a team, not individual units."