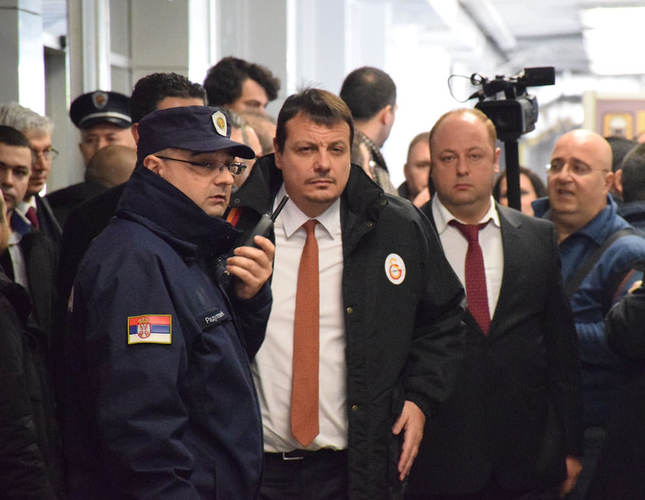 3,500 police officers will be on duty during the tense game, and tight security measures were implemented as Galatasaray squad moved to their hotel from the airport.

Ataman later apologized for his remarks when he learned about the fatality and after Serbian Prime Minister Aleksandar Vucic had declared him "unwelcome in Serbia."

Red Star said their president Nebojsa Covic met with Vucic on Monday and the prime minister had cleared the way for Ataman to enter Serbia. "Serbia's Prime Minister, Vucic, supported Red Star's initiative and Ataman will be allowed to come to Serbia and lead his team. The Red Star club leadership is investing intense efforts to make sure the match is devoid of any trouble."

"Red Star's top officials met with security services at the state and city level to outline measures required to make the match with Galatasaray an incident-free event," Red Star said on their official website on Monday.

Both sides have got through to the top 16, featuring two groups of eight teams playing each other on a double round robin basis, meaning that they will meet again with the reverse fixture set to take place in Istanbul on March 12.

Galatasaray have one win and one defeat while Red Star lost both their opening games in the second group stage.