Galatasaray limp out with a wimper 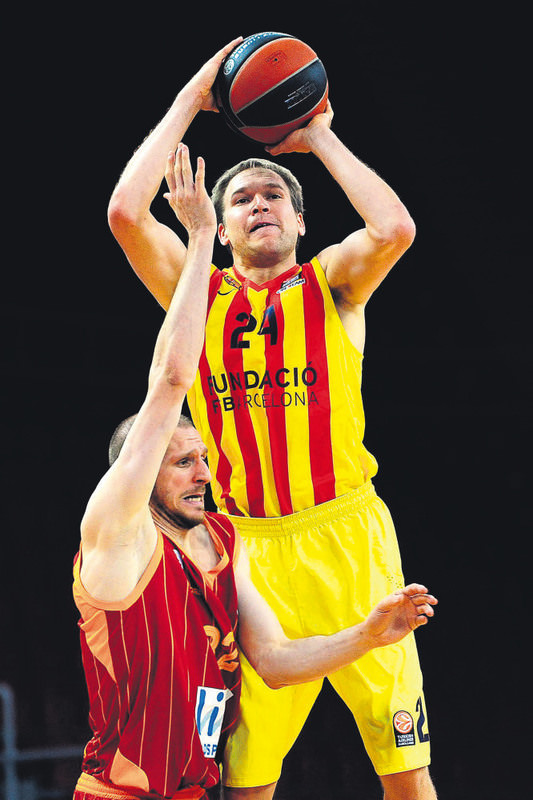 by Kenny Laurie Apr 12, 2015 12:00 am
Galatasaray's EuroLeague season ended in predictably miserable fashion as they were hammered 88-65 by Barcelona on Friday night. The 2014/15 campaign was not a happy one for Galatasaray considering how they sneaked into the Top 16 by the skin of their teeth before sinking to 11 straight defeats. The team has also seen major roster upheaval and internal strife with Furkan Aldemir and Carlos Arroyo - arguably the team's best two players - leaving the club due to Gala's inability to pay them while coach Ergin Ataman got in hot water after admitting to physically abusing one of his players. Off the court, a Serbian fan was stabbed to death outside a Galatasaray game. The end of the competition may actually come as some kind of relief to the Istanbul side. The Istanbul side finished the Top 16 in last place in Group E. Their 11th defeat on Friday was a predictable one with Barcelona one of the favorites for the EuroLeague title.

"We gave a chance to all of our players," Ataman said. "Sometimes we played good basketball. Barcelona is one of the best candidates for the Euroleague title when Justin Doellman comes back into the rotation. The Euroleague is over for us. It didn't finish exactly how we wanted."

"We are happy with tonight's win," Barcelona coach Xavi Pascual said. "It wasn't easy to stay focused throughout the game without fans in the stands, but we had a good start and played the right way. We finished the Top 16 with eight consecutive wins - the same number of wins we got at the start of the competition.

"We are in a good moment and waiting for the playoffs to start. We have been able to distribute playing time - pretty much every player has been on court around 20 minutes. No matter who we face in the playoffs, it will be a tough opponent. We will really need our fans, who helped us a lot this season. I am sure they will also help us in the important games ahead of us."