Up 3-2 in NBA Finals, Warriors expect Cavs punch in Game 6 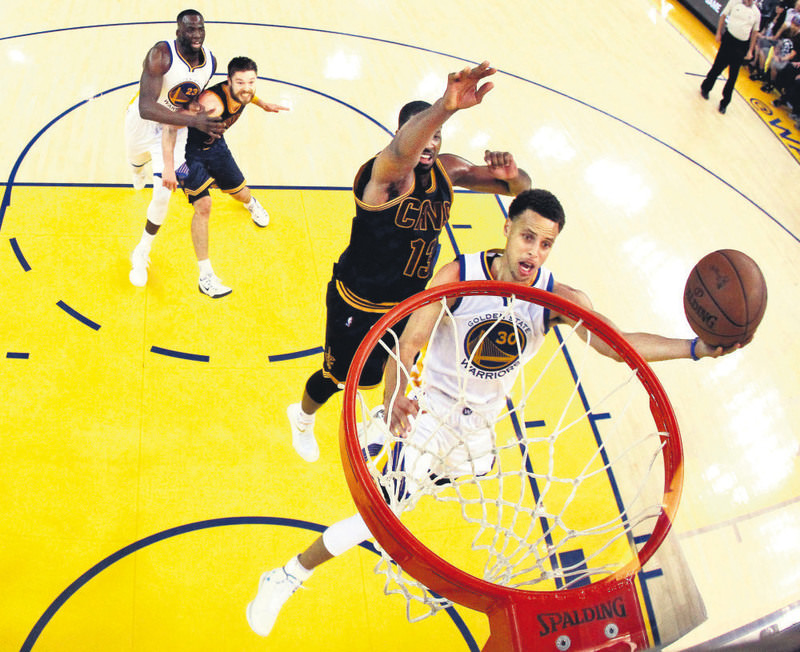 by Associated Press Jun 15, 2015 12:00 am
Stephen Curry received treatment for dehydration following Game 5 of the NBA Finals, a little worn out after carrying Golden State to the brink of its first championship in 40 years. The Warriors will need him at his best today, knowing what's coming from LeBron James in Cleveland. "They're going to come out and give it their best punch," Warriors guard Klay Thompson said.

The Warriors will have two chances to win the series after taking a 3-2 lead with their 104-91 victory Sunday. They would host Game 7, if necessary, on Friday.

"We don't want to come back here," Thompson said. "As much as we'd love to win it in front of our fans, we really want to finish it in Cleveland."

James had 40 points, 14 rebounds and 11 assists Sunday, his second triple-double in the series, and was asked how he copes with such a performance not resulting in victory.

"Well, you cope with it by understanding it's just one game and looking at the opportunity we have on Tuesday to force a Game 7," he said. "Obviously, for myself, I want to do whatever it takes to help our team win, and I haven't been able to do that the last two. So hopefully I can do a better job coming in on Tuesday. We all as a unit can do a better job, and we'll be fine."

After Curry's dismal Game 2 and rough start to Game 3, he has rediscovered his shot. His 37-point performance Sunday including seven 3-pointers, the second time in the series he's fallen one shy of Ray Allen's NBA Finals record.

The Warriors, with their superior depth, have largely dominated the fourth quarters of the last three games, outscoring the Cavaliers by 12, 15 and seven points. Whether the problem has been fatigue or poor execution, the Cavaliers know they have to clean that up in Cleveland.
Last Update: Jun 15, 2015 8:25 pm
RELATED TOPICS