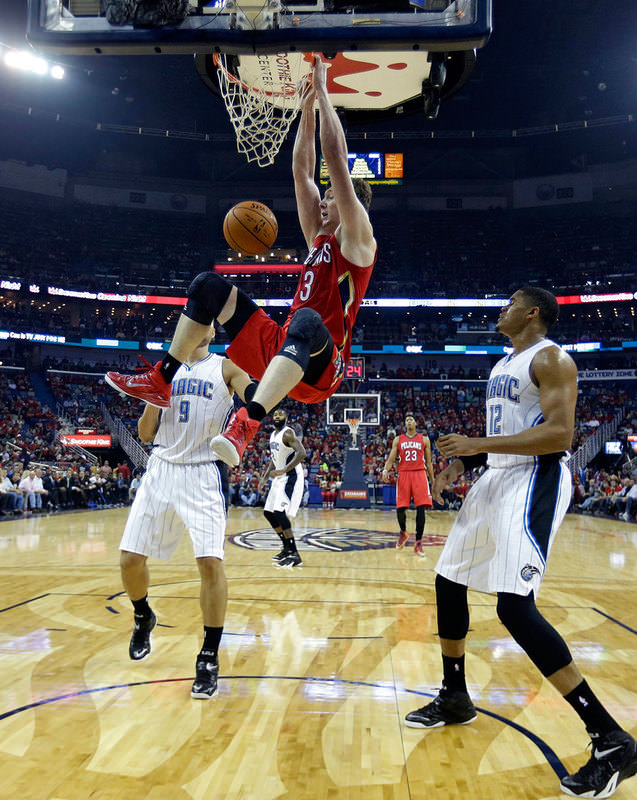 by Daily Sabah with Agencies Jul 03, 2015 12:00 am
Turkish basketball player Ömer Aşık will be singing with his current team New Orleans Pelicans of National Basketball Association (NBA) for a five-season contract which he will receive a minimum of $44 million in return.

When all performance criteria and bonuses are taken into account, Aşık may earn up to $58 million.

Associated Press reported that negotiations between the Pelicans and Aşık ended positively, and the club will officially announce the agreement after July 9, when transfer period begins.

28 year old center had previously played for the Chicago Bulls between 2010 and 2012 where he spent two seasons as a reserve. He then spent two seasons in Houston, where in 2012-13 he started every game and posted career-high averages of 10.1 points, 11.7 rebounds and 1.1 blocks.

Aşık is also a regular of the Turkish National Men's Basketball Team, and was a part of the team that played the final against the U.S. in 2010 FIBA World Championship.