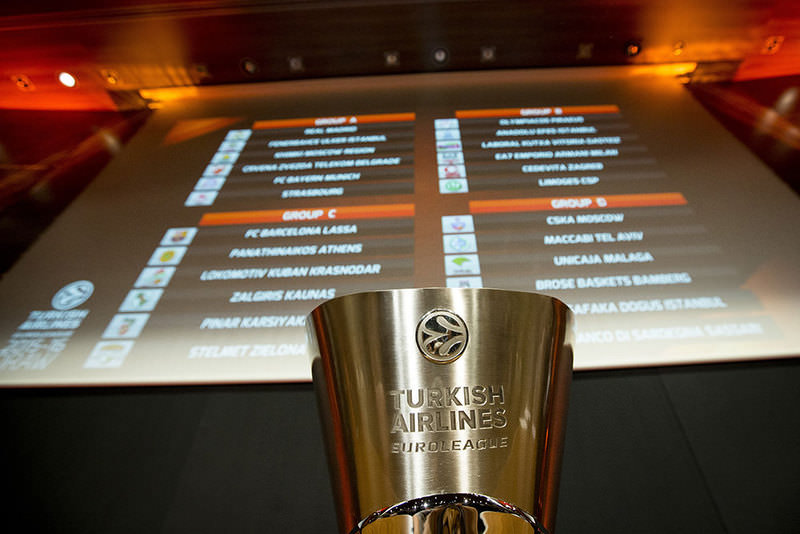 by Sinan Öztürk Jul 09, 2015 12:00 am
The group draw in the top tier of European basketball, the Turkish Airlines Euroleague, was determined Thursday through a draw ceremony held in Barcelona.

Four Turkish teams will participate in the Euroleague this year and they will compete in four different groups.

The clubs were listed in six different categories determined on their success last season.

Here are the drawing results and groups (Turkish teams in bold):