Kaljo happy after ban on wearing headscarves removed in basketball 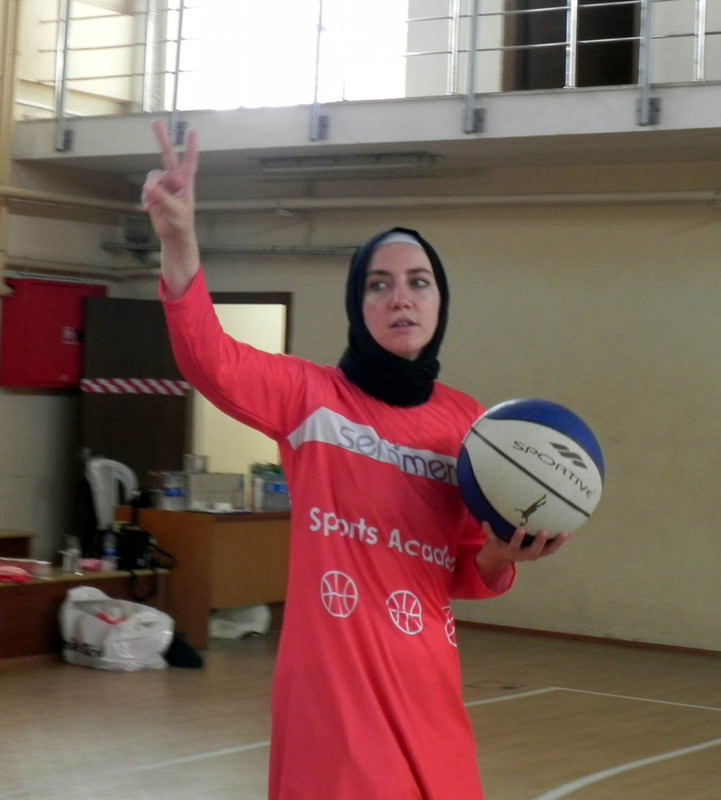 by Daily Sabah Aug 26, 2015 12:00 am
Growing up in the U.S., Bosnian professional basketball player Indira Kaljo, 27, said after she has successfully received approval from FIBA to wear her headscarf during play. "I am very happy," she said. "I have always fought for what I believe is right." Playing in Saudi Arabia's female basketball team Jeddah United, the Muslim player came to Istanbul after receiving an invitation.

She supported "Potadan Geçen Yıldızlar Projesi" (Stars of Basketball Hoop Project) at Avcılar İmam-Hatip High School including 24 female students playing basketball. With TL 80,000 ($27,300) given to them by the Ministry of Youth and Sports, the project was organized by the Gül-Der Foundation. Speaking to Doğan Agency News, Kaljo said she was happy to be in Turkey and Istanbul. She said that she played without a headscarf for a long time, and almost all of her basketball playing career. "Two years ago, I decided to wear a headscarf. It was a personal decision, yet many people were against it at first. I was enjoying a good position in my career. A while later, I followed my heart and decided to wear a headscarf. I know being on the road to Allah would make me happy," she said, adding that FIBA did not allow female and male players to wear headwear.

"I either would fight to protect women's rights or retire. I always struggle for what I believe in and started a campaign to lift this ban on the Internet. We collected 70,000 signatures from women and men, either Muslim or not. The United States Olympic Committee applied to FIBA to lift the headscarf ban," Kaljo said. Two month later, FIBA allowed both male and female players to play with headwear. "This month, we celebrate the first anniversary of this decision. Being in Istanbul and doing activities make me feel different. We can see players wearing headscarves from now on and in the future. It is very pleasing," she concluded. Kaljo left Turkey after attending a couple of events.
RELATED TOPICS