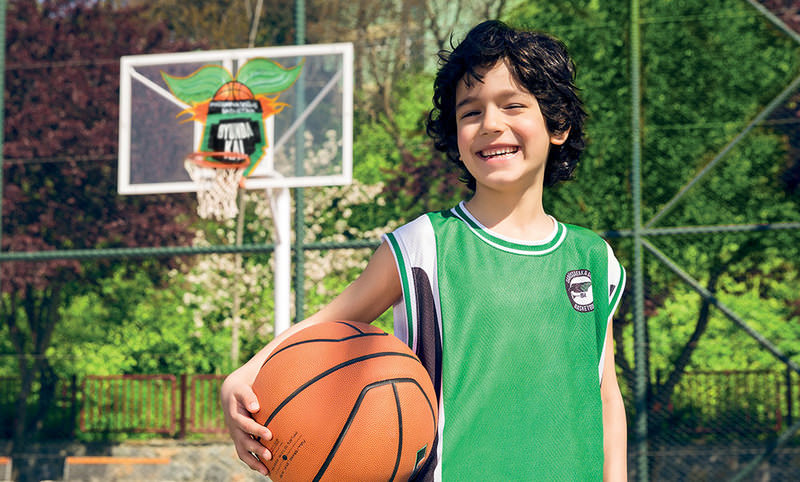 From now on, the group will conduct its social responsibility activities on basketball court with One Team, while sharing its experience and expanding in its "Stay in the Game" platform with the Europe-wide program.

Launched in 2014 as a part of the group's Şahenk Initiative, named after the group's founding chairman Ayhan Şahenk, the 'Stay in the Game' platform renewed or rebuilt 40 basketball courts across Turkey, reaching out to more than 25,000 children in less than 1.5 years. Its work brought 'Stay in the Game' international awards in the field of social responsibility as well.

The Euroleague welcomed the partnership, praising the group's "strong commitments to the game of basketball, social wellbeing and corporate excellence to the forefront by partnering with the continent's premier basketball competition for three years."

Euroleague President and CEO Jordi Bertomeu also welcomed the deal, stating, "We are very proud to partner with Doğuş Group, which has shown its great commitment to community values and to basketball. This deal will boost the impact of Euroleague's social program and will also contribute to the growth of the sport at an international level."

Euroleague announced that the conglomerate will expand "Stay in the Game" to the rest of Europe through One Team in the future.

With Turkish Airlines as its Founding Patron, One Team is Euroleague's corporate social responsibility (CSR) program which has directly reached 5,000 participants since 2012 and can account for 5,000 more indirect participants through its various team projects.

Doğus Group Chief Soft Power Officer Semih Yalman stated that this partnership is another major step for the group on an international platform.

"Doğuş Group adopts an approach that brings its core values to life as brand investments, and implements a number of social projects that integrate sports and education, where basketball is a catalyzer. As a group that provides service with more than 250 companies across 26 countries, we are proud to cooperate with Euroleague Basketball, one of the most prestigious platforms in the world," Yalman said.

"We believe that the cooperation will add value to Turkish and European Basketball, and hope that the collaboration is long-lasting and successful for both parties. This will also enable us to take the Stay in the Game platform, a Şahenk initiative that is appreciated by Euroleague and provides opportunities to the youth abroad," Yalman added.

Doğuş Group also sponsors Darüşşafaka, one Turkey's oldest basketball clubs, which will compete in the Euroleague this season.