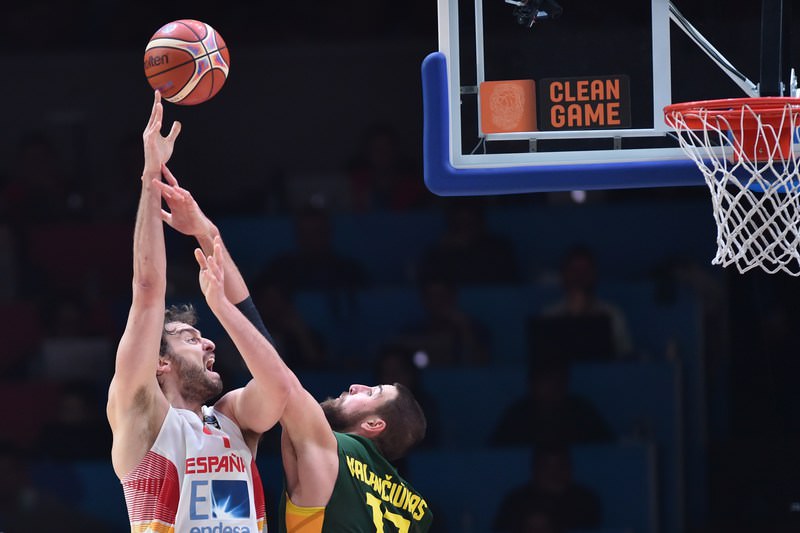 Spain re-claimed their spot atop European basketball on Sunday as they beat Lithuania 80-63 in front of a record crowd at the FIBA EuroBasket 2015 final on Sunday.

A new European attendance mark of 27,372 saw Spain's NBA star Pau Gasol add another chapter to his legacy with 25 points, 12 rebounds, four assists and three blocks. Sergio Llull added 12 points, six rebounds and five assists as the Spanish added the 2015 crown to titles in 2009 and 2011.

With the European attendance record being set for a third time at Pierre Mauroy Stadium, Spain built up a 16-point lead early in the second quarter and watched Lithuania trim it to eight at half-time. But the Spanish pushed the lead out to as many as 18 points in the third and were never threatened thereafter.

Lithuania, who were paced by 13 points each from Mantas Kalnietis and Renaldas Seibutis, collected their second straight EuroBasket silver after having lost in the 2013 final to France. The Lithuanians have not won the European crown since 2003.

Nando De Colo scored 20 points while Rudy Gobert collected 15 points, 14 rebounds and three blocks, for the French, who picked up a medal in their third straight continental championship.

"We didn't get what we wanted but it's sports. Sometimes you fall down, but important is that you get back up," French coach Vincent Collet added.

France finished runners-up in 2011 and then claimed their first European crown in 2013. But Collet's team was beaten in the 2015 semi-finals in overtime by Spain, denying the hosts a chance to play the final in front of their home fans in Lille.

The medal was France's sixth bronze to go with two silvers.

Serbia, who lost to Lithuania in the semis, finished fourth despite 14 points from Bogdan Bogdanovic.